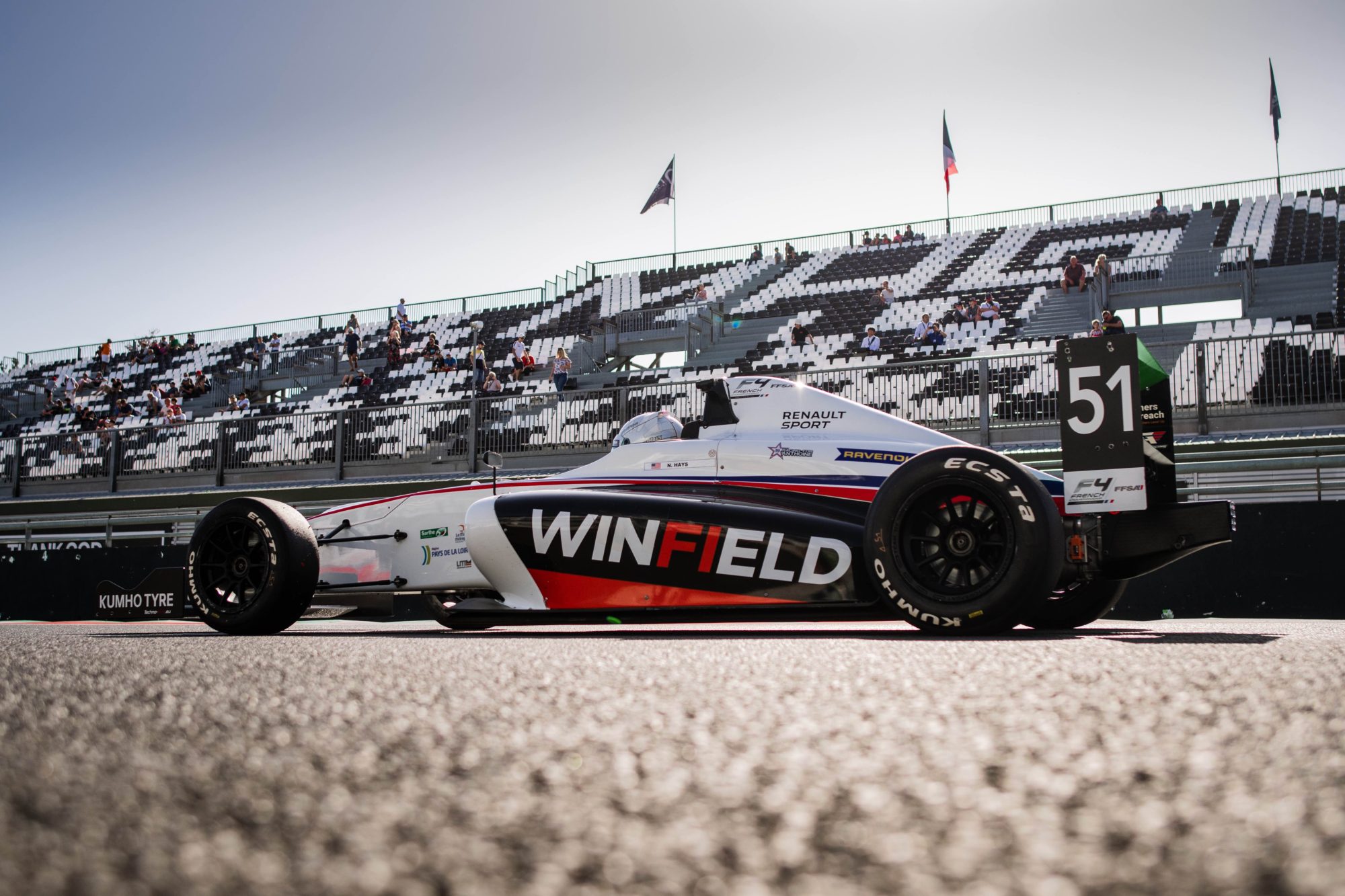 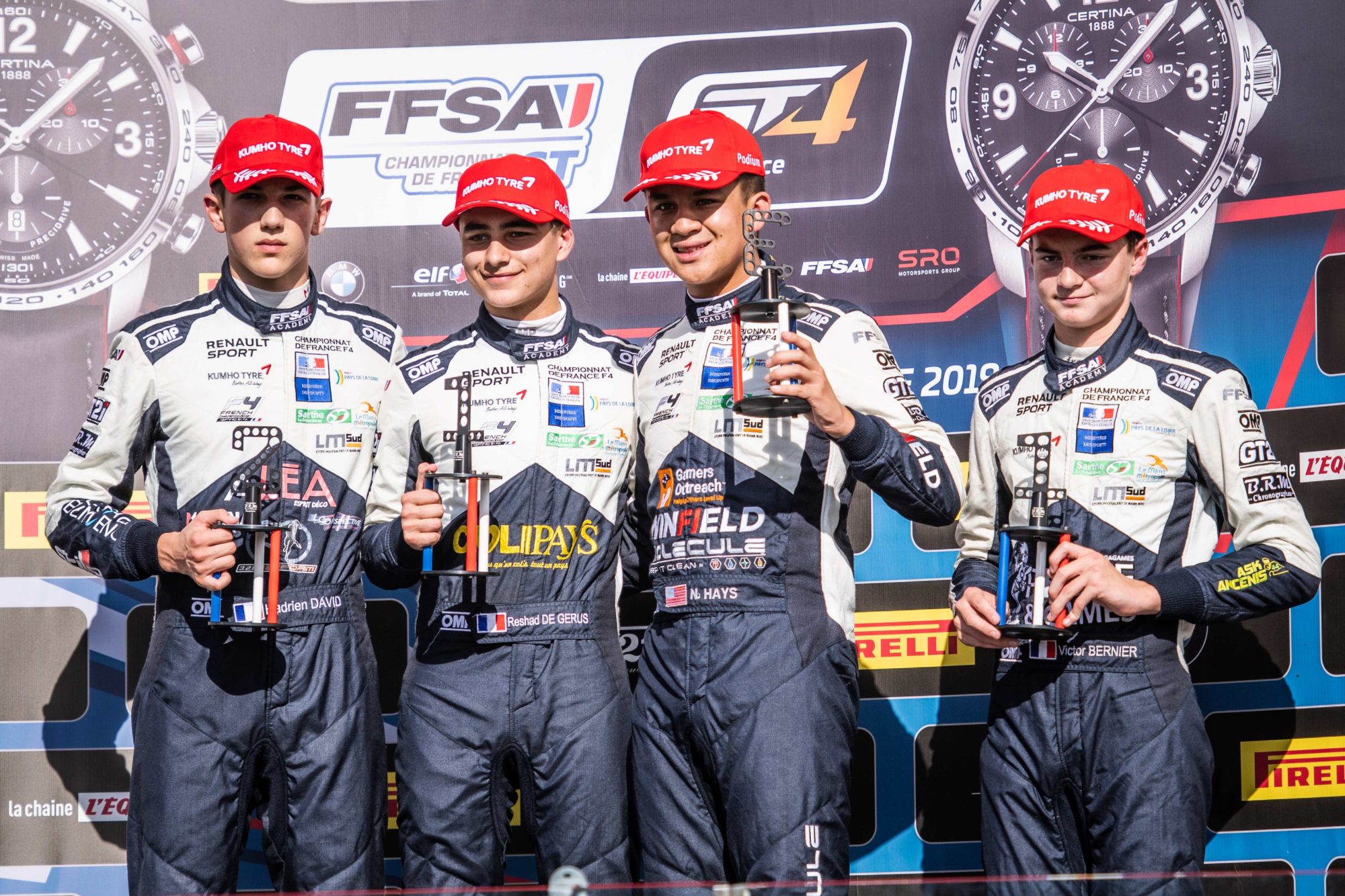 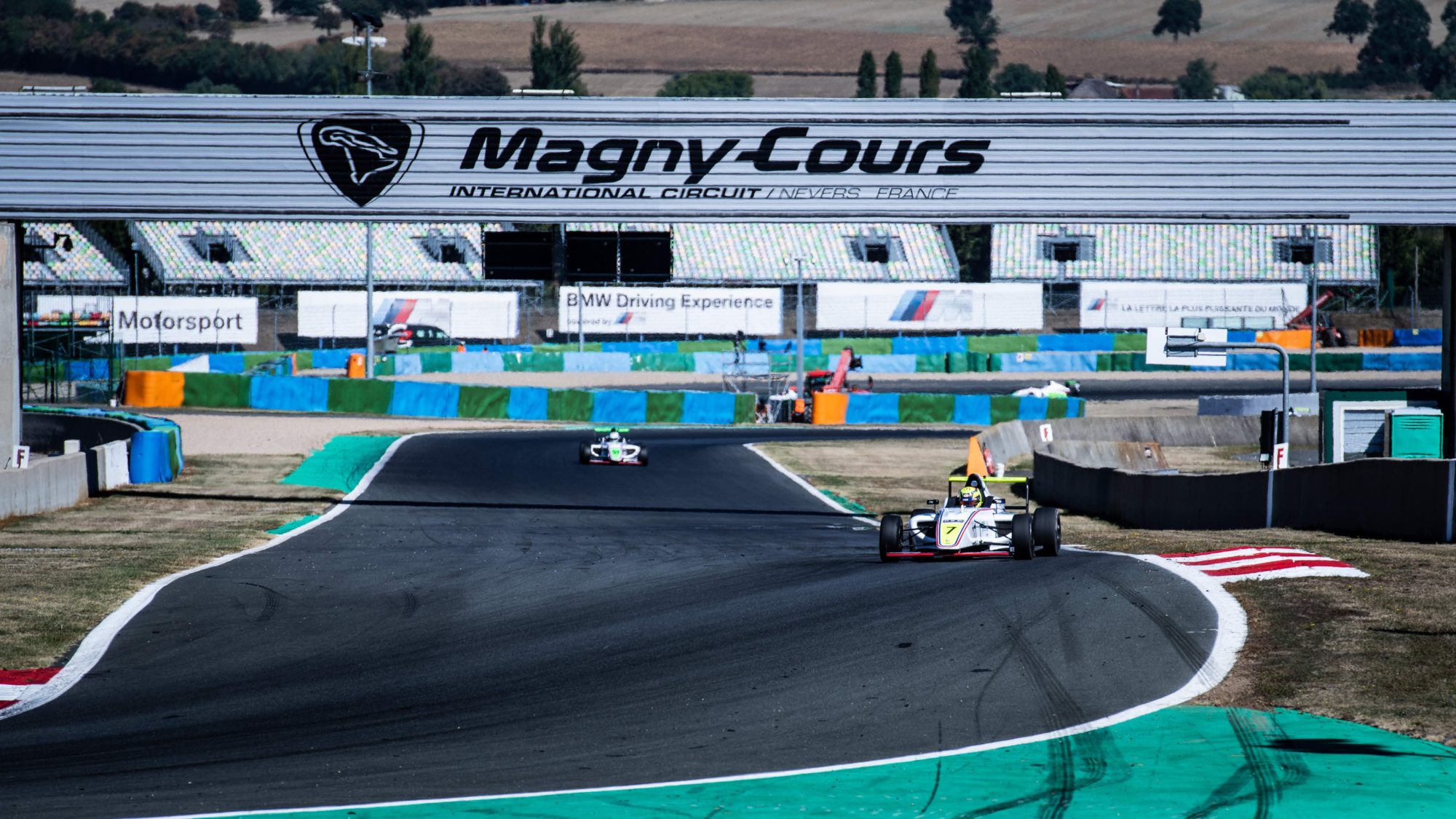 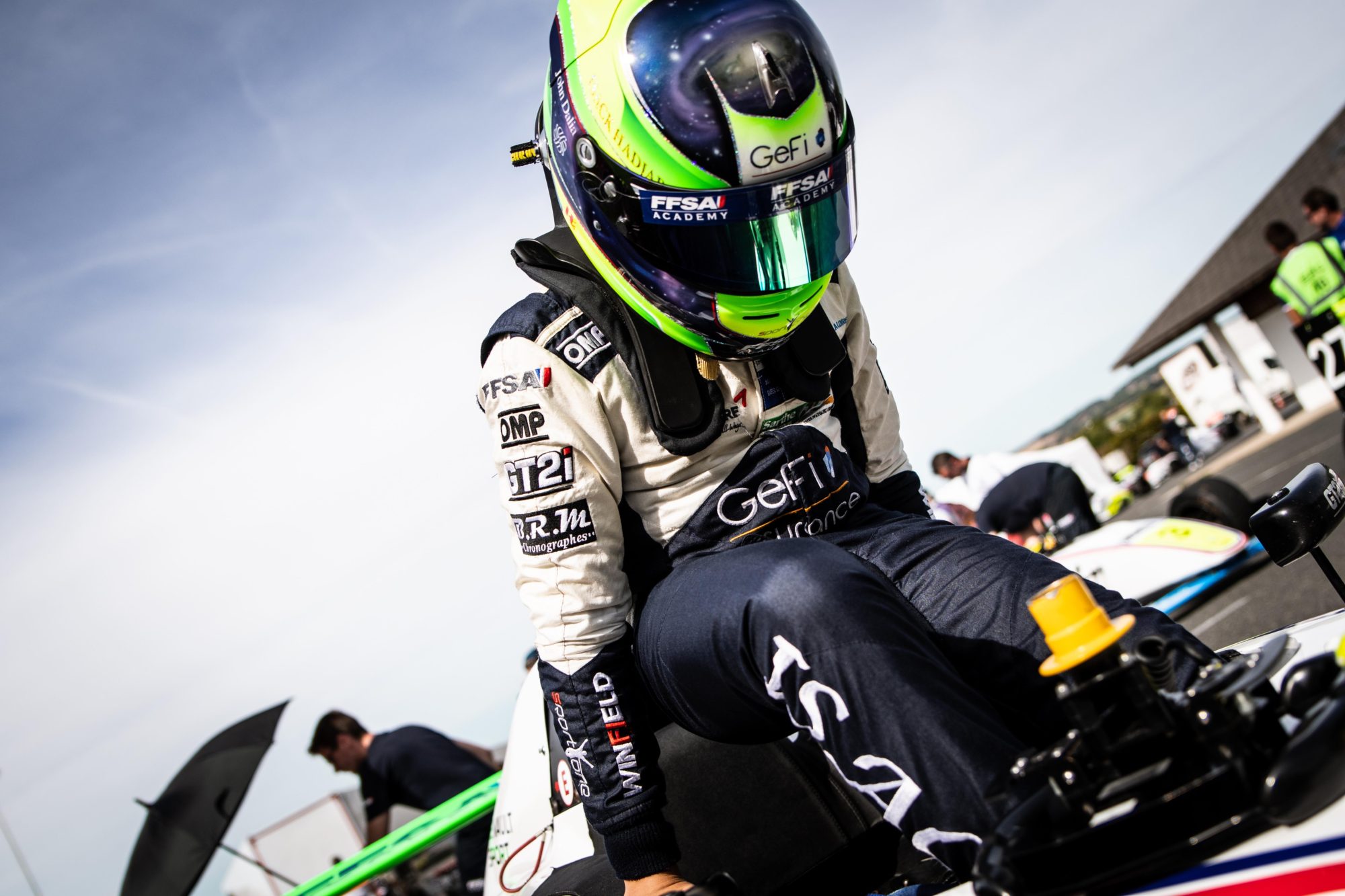 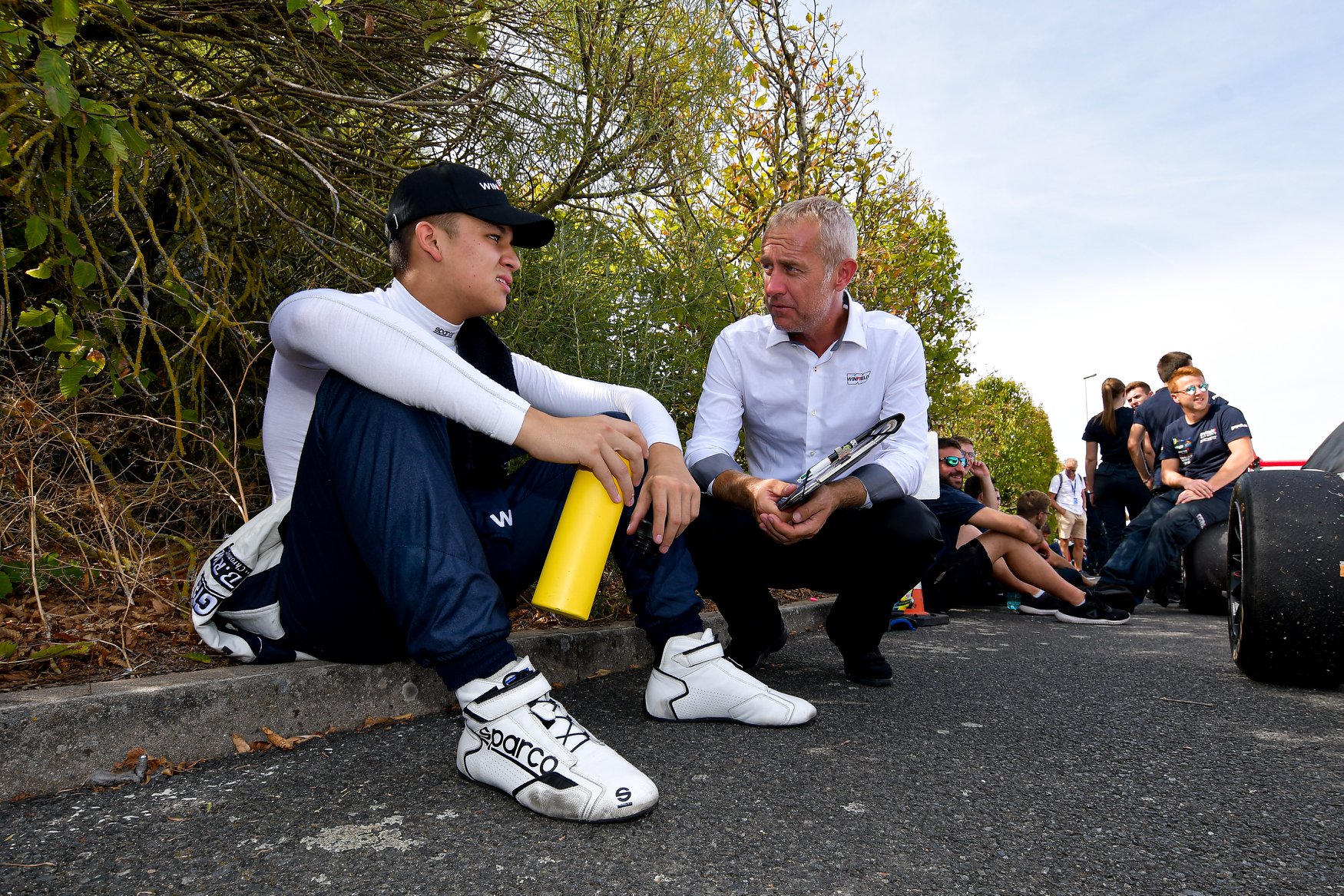 The Winfield Racing School-supported drivers in the French F4 Championship continued to impress with podium finishes during the Budapest (6-8 September) and Magny-Cours (13-15 September) rounds.

2019 Volant Winfield winner Jules Mettetal and finalist Nicky Hays scored well across the two events, with the latter also stepping onto the rostrum, but both demonstrated their competitive ability ahead of the final round at Paul Ricard. Trophée winner Isack Hadjar kept his Junior championship hopes alive as he looks to consolidate a top five position in the overall standings.

At the Hungaroring, Hays picked up a place off the start line in race one from third and challenged for the lead before a torrential downpour brought out the safety car. Eventually the session was stopped and the result declared after four laps with half points awarded.

“It is always positive to climb onto the second step of the podium, but it is frustrating not being able to fight until the end for the victory,” said the young American.

The top 10-reversed grid race two displayed the fighting spirit of the Winfield drivers. Hays and Mettetal set the two fastest laps of the race as they battled through the field on a circuit which is notoriously difficult to overtake on. Mettetal worked his way up to fifth while Hays scored a point for eighth.

Although he was unfortunate on Saturday, Hadjar was able to show his potential in race three as he concluded the weekend with a fifth-place finish ahead of Hays.

Strong performances from all drivers at Magny-Cours

The three drivers began the following weekend at Magny-Cours on the right foot as they were all in the top five during practice, with their pace being reaffirmed during qualifying. For his home race Mettetal secured third on the grid, edging out Hays by 0.003 seconds.

However, the American would score big points across the three races, starting with a sixth podium of the season in race one which was followed up by fifth and fourth. Having been allocated two fresh tyres for race three, a safety car period drastically limited his speed advantage, but he remained the pacesetter by laying down a new lap record before the end of the day.

“We decided to fit the two new tyres that the FFSA Academy provide us with once a season. Unfortunately, the safety car meant we couldn’t see the full result of this strategy which is a shame as my pace showed another podium, or maybe even a victory, was within reach,” Hays said.

After showing top-three speed having made up a position on the opening lap in race one, Mettetal admitted that a small mistake affected the remainder of his weekend. “I was so close to the podium. It is really frustrating, especially when it would have allowed me to have a better starting position for race two,” he said. A sixth-place finish in race three was a confidence-boosting result to round off the weekend ahead of the Paul Ricard finale.

Hadjar, who will soon celebrate his 15th birthday, led the Junior championship and was racing towards an overall podium when another competitor made contact with him and he was forced to retire. But an eighth Junior class victory for 2019 in race three keeps him well within title contention ahead of the final round and in the top five of the overall standings.

“The French F4 Championship ends in October at Paul Ricard. I hope that our drivers will finish the season on a high for our home race, just a few steps away from our offices and international driving school,” said Frédéric Garcia, President of the Winfield Group.

“We wish to see Jules on the podium and for Nicky to secure his third place in the championship. Isack has demonstrated great potential throughout this 2019 campaign, seeing him crowned Junior champion would be a great reward.”