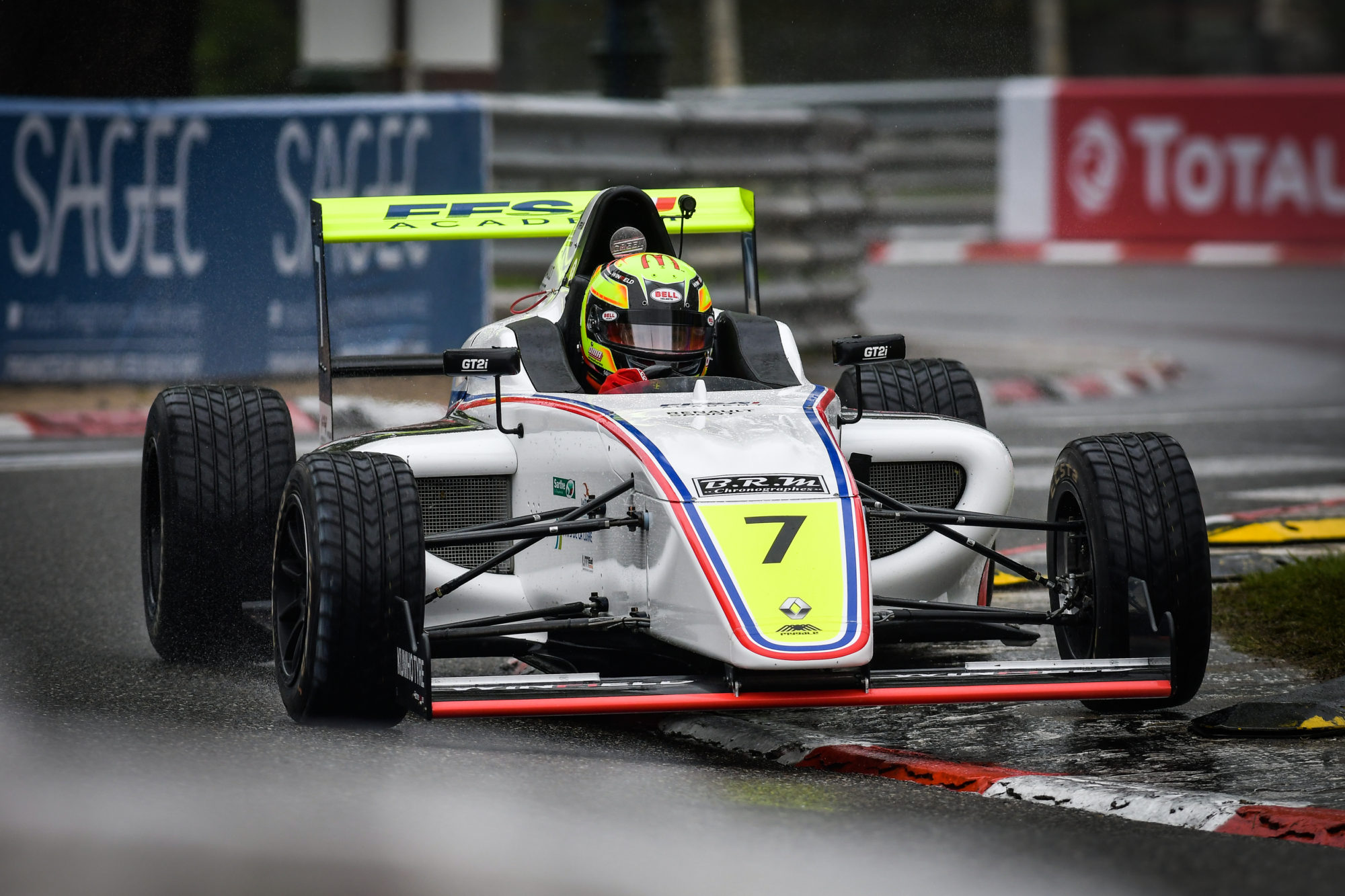 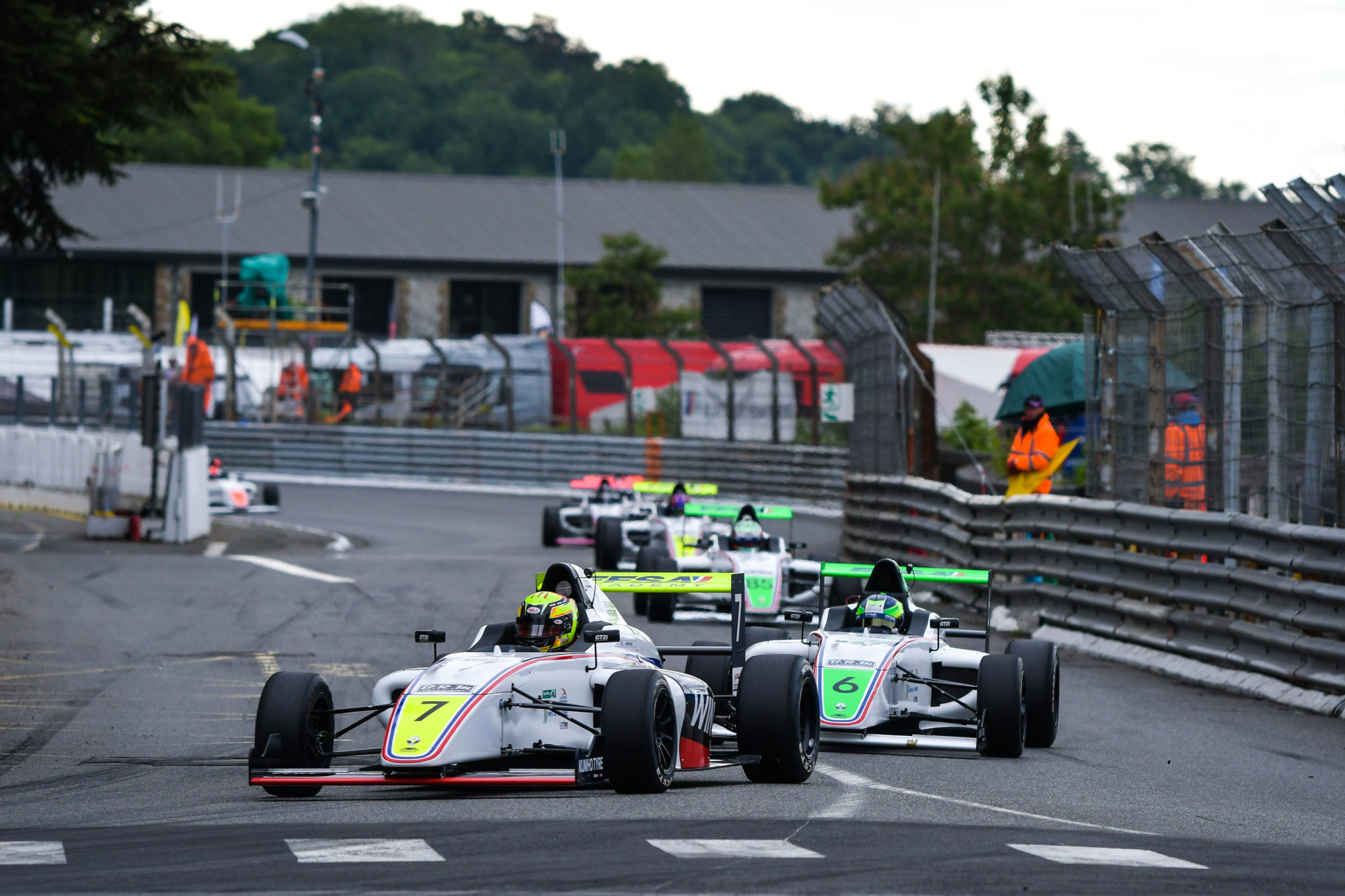 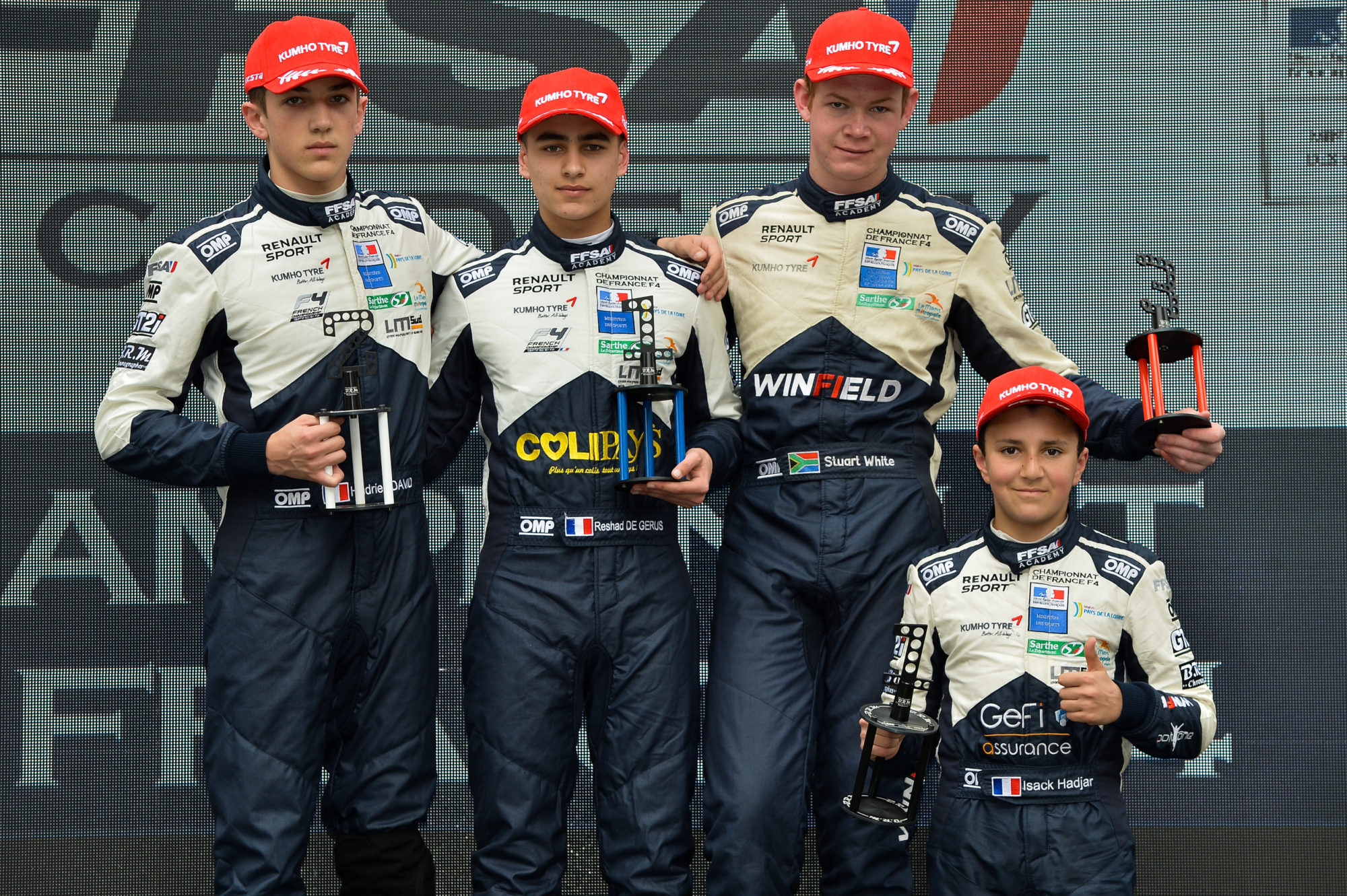 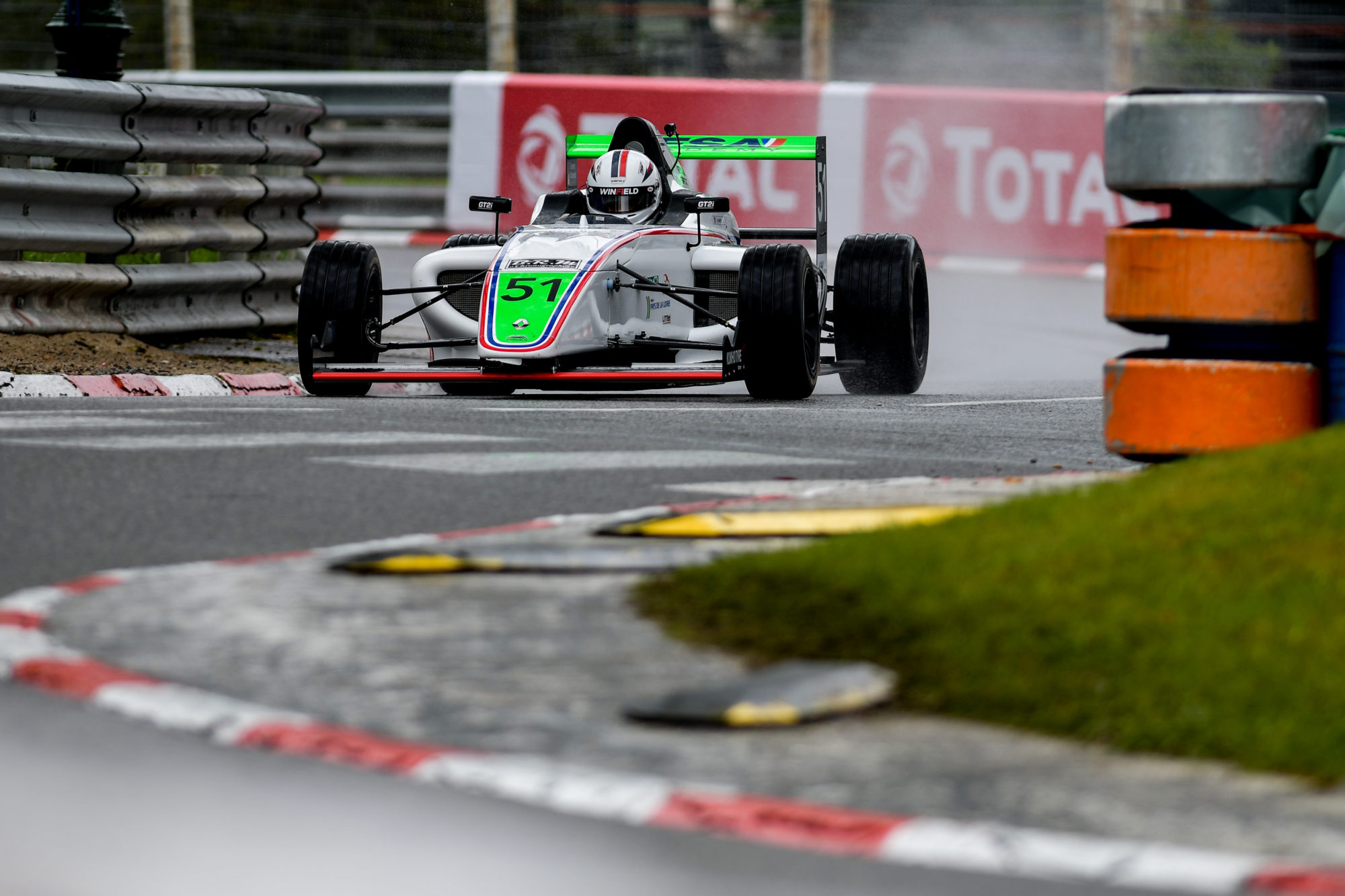 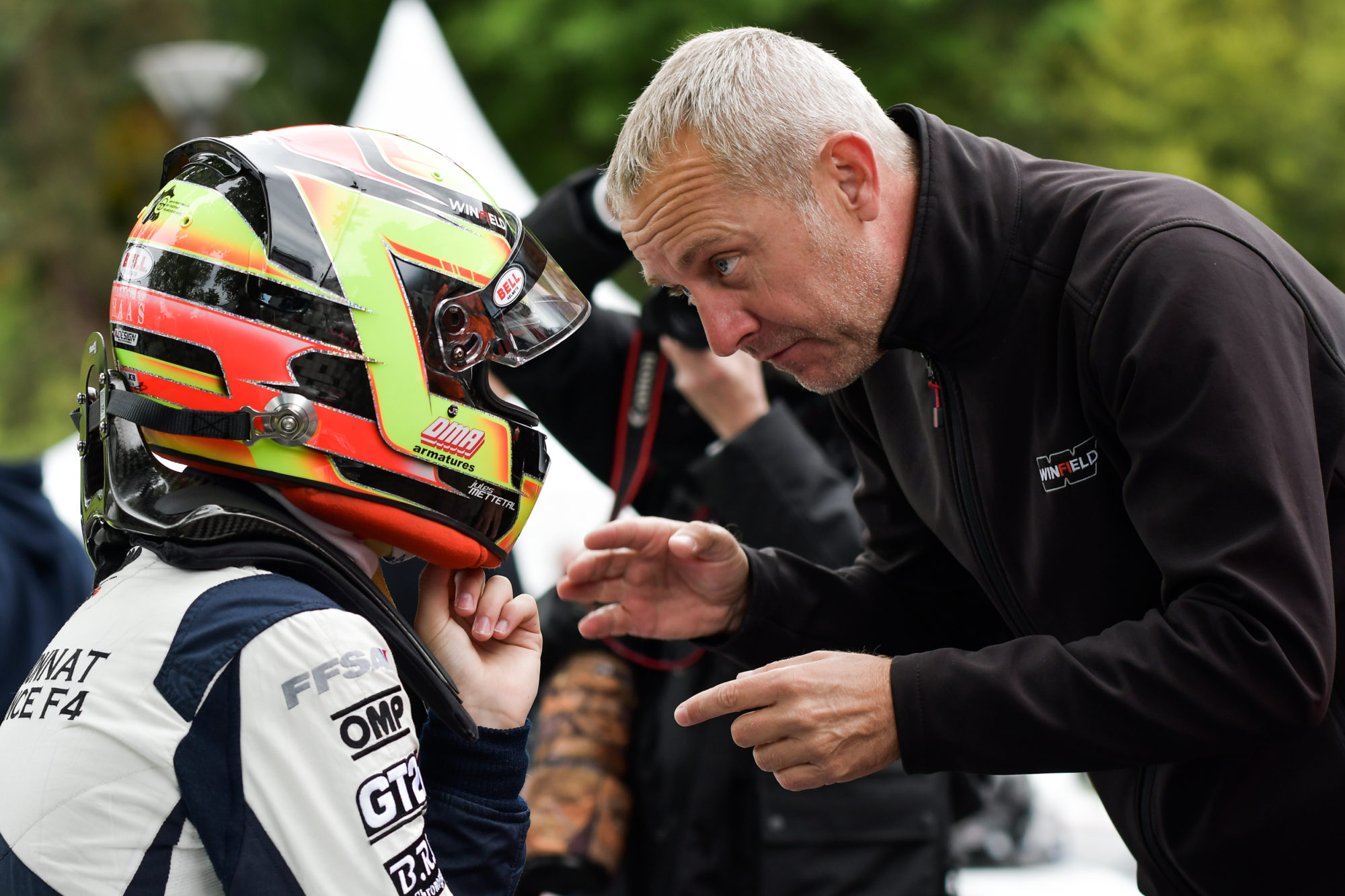 After the highs of the Easter Cup in Nogaro to mark the start of the new FIA French F4 season, the Pau Grand Prix did not meet the Winfield squad’s expectations.

“I was hoping for much more at this prestigious event,” said Frédéric Garcia, President of Winfield Group. “With its urban layout, Pau is definitely an atypical circuit which offers a chance for drivers to display their potential. Last season this is where our 2018 Volant Winfield winner Caio Collet took the championship lead, which he held until the end of the season.”

The FFSA Academy drivers faced wet weather on Friday for free practice and qualifying. Frenchman Jules Mettetal managed fifth on the grid for race one and sixth for race three, rueing a red flag period that prevented him from improving his time.

American Nicky Hays was showing good speed at the beginning of the session, as he had done in practice. But a crash, which resulted in a fractured finger, meant he was no longer allowed take part in the rest of the weekend.

“For sure we expected a lot more from this qualifying session,” said Winfield drivers’ coach Cyrille Sauvage. “On a street circuit it is paramount to start at the front. This was confirmed in race one when Jules was in the pack and had contact on lap five.”

Mettetal recovered to a 10th place finish in the second race, with the final event highlighting the difficulty of overtaking around this street circuit as the 2019 Volant Winfield winner was caught behind another competitor and, despite his extra speed, was sixth.

After a disappointing Pau weekend, the Winfield team is looking ahead to the next round at Spa-Francorchamps.

“In Belgium, we will have to find a new level of performance and improve in all areas, especially race strategy. The championship has one drop-score round, but it is a shame to use our joker so early,” added Garcia.

The highlight of the weekend came from 2019 Trophée Winfield winner Isack Hadjar. The 14-year-old won twice in the junior category and classified fourth and sixth overall in races one and two.