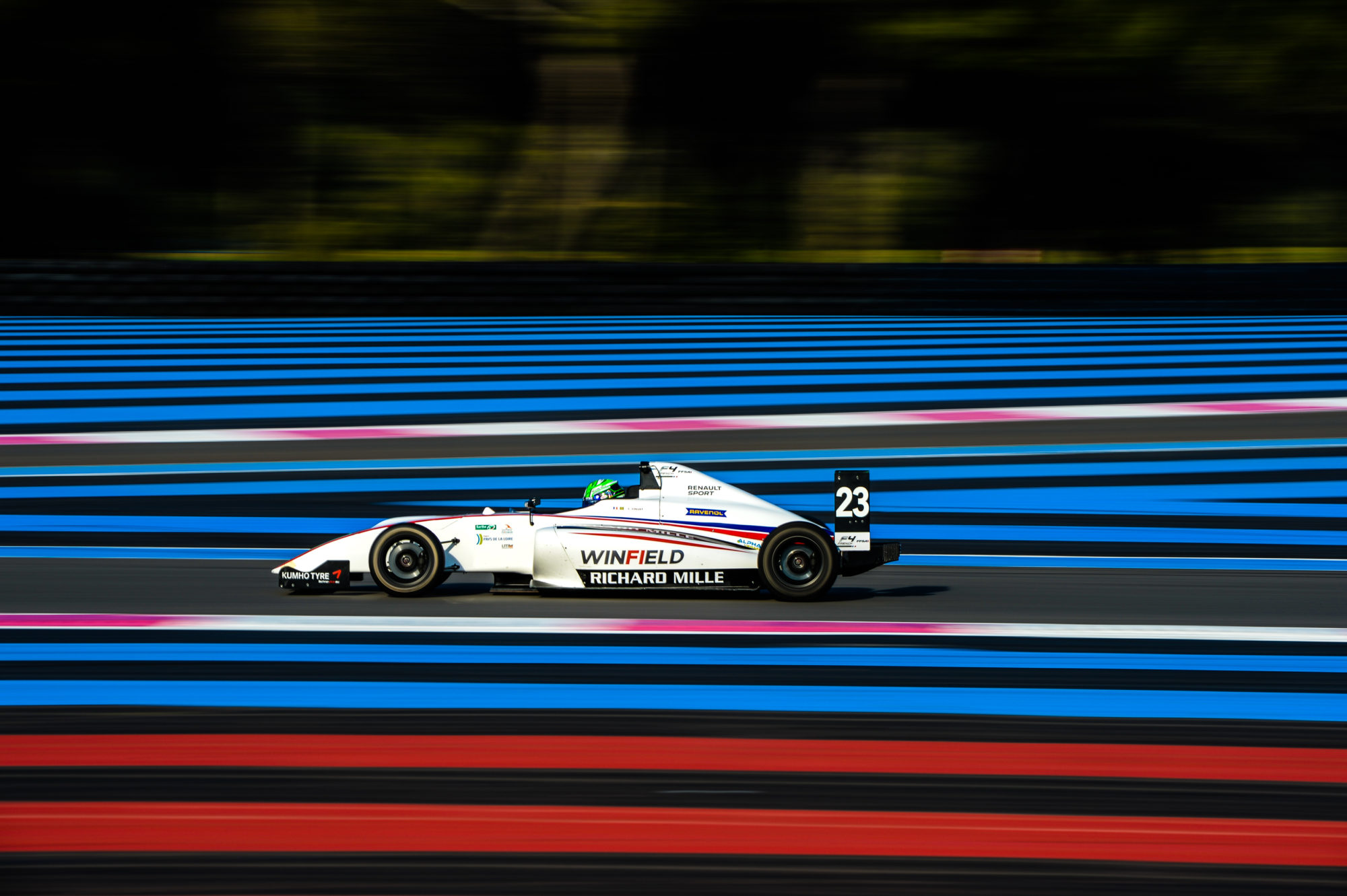 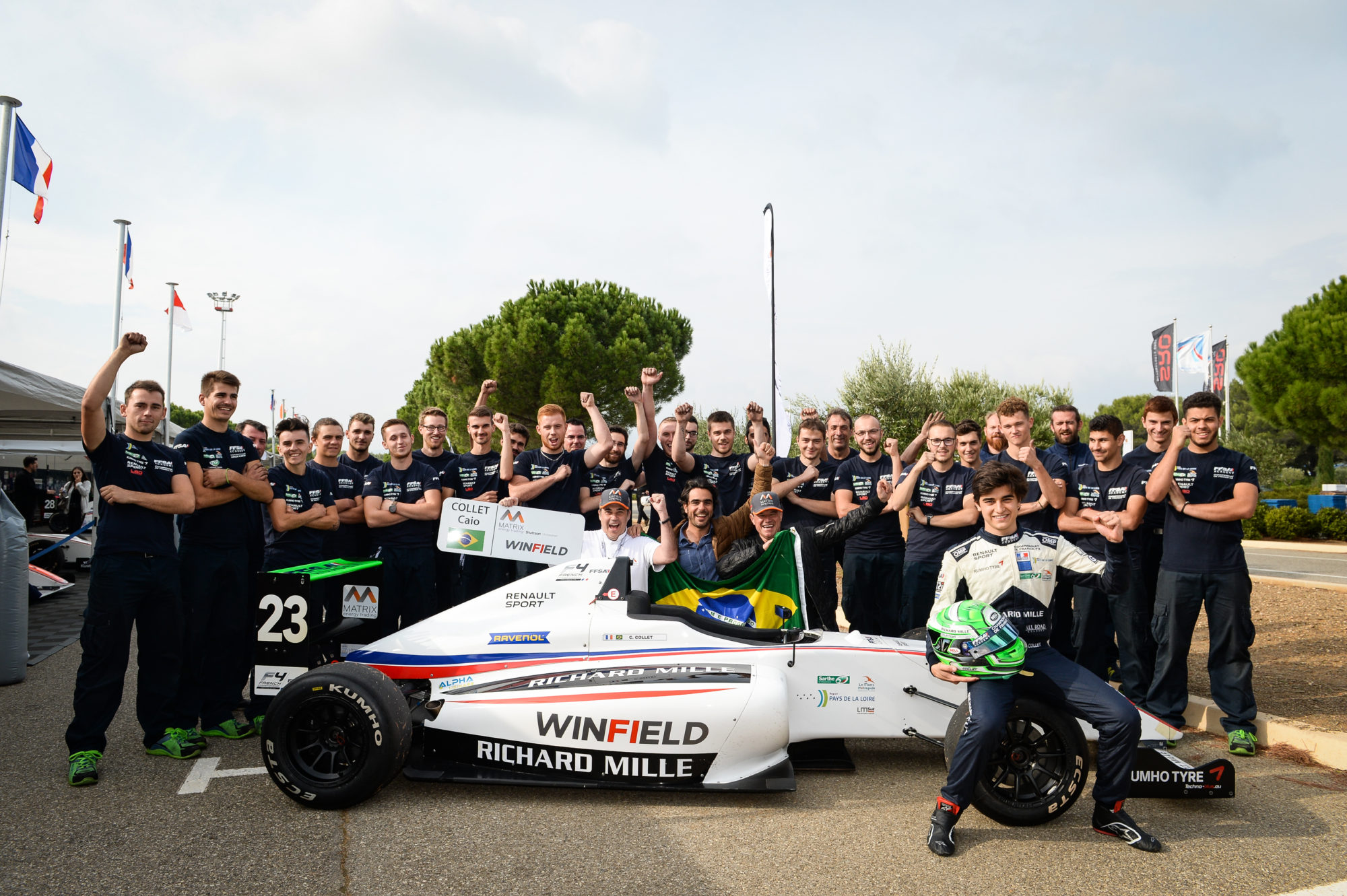 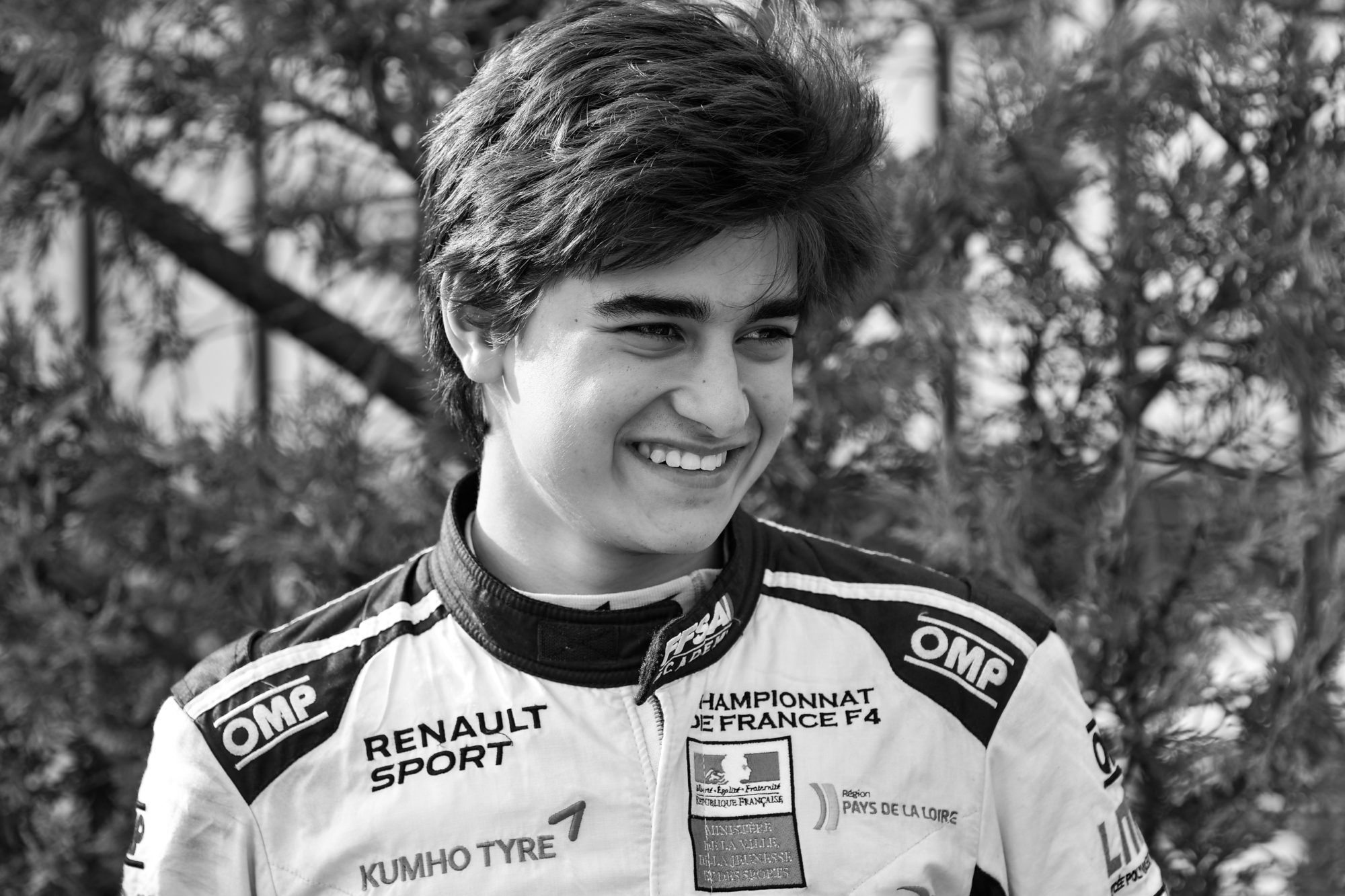 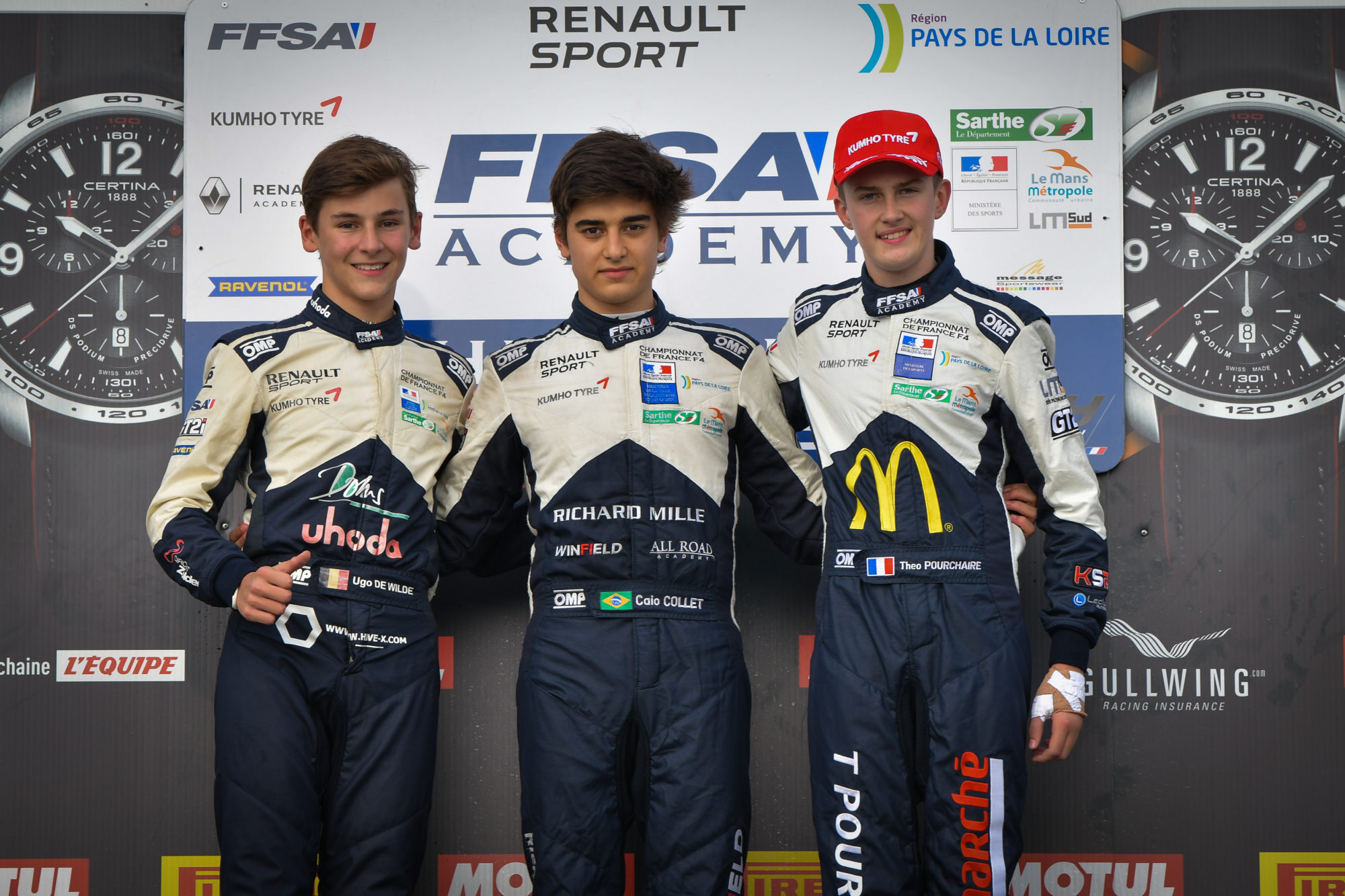 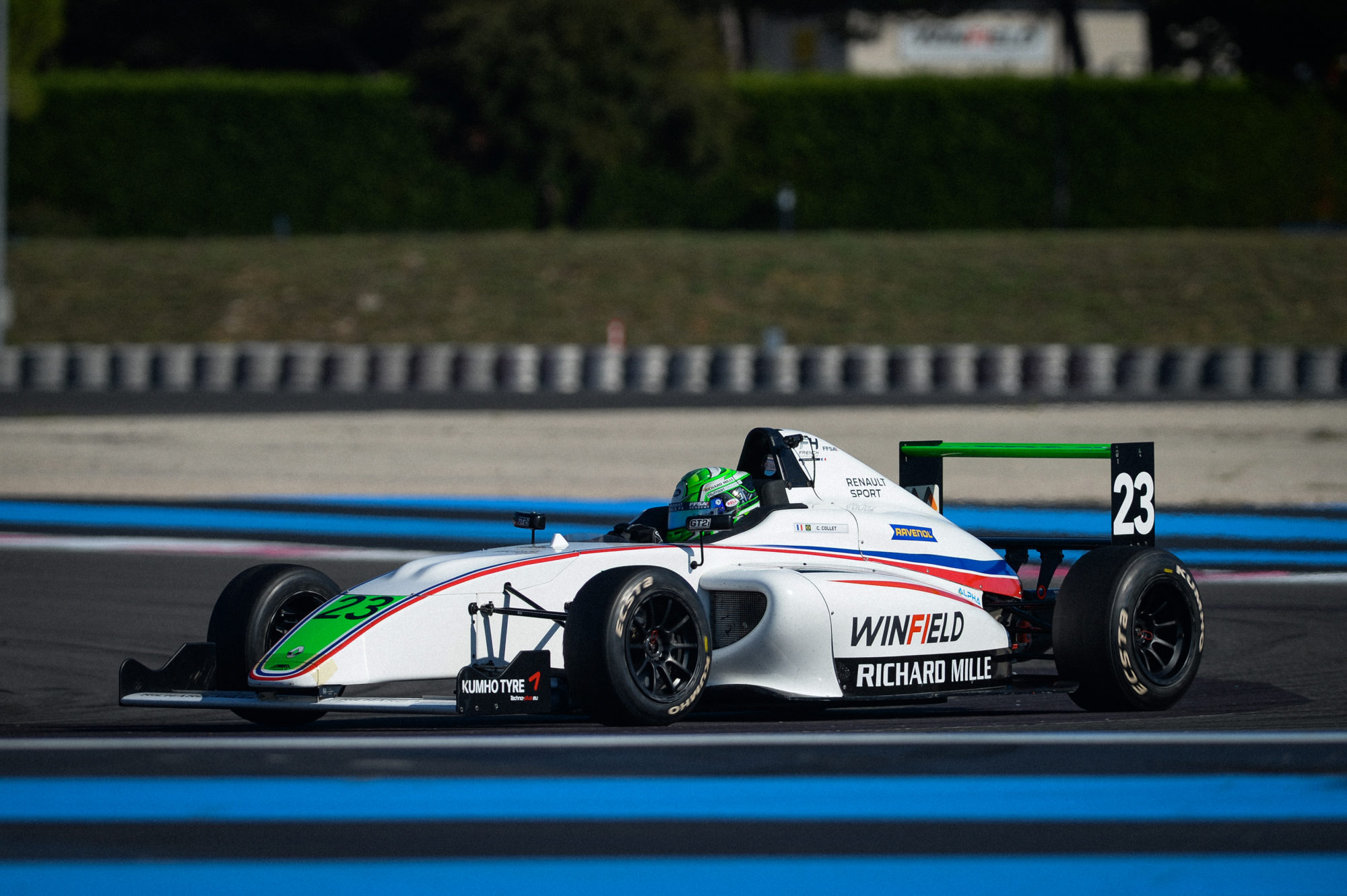 The FIA French F4 Championship came to a close last weekend at the Circuit Paul Ricard, the same place Caio Collet was crowned the Volant Winfield winner in February. Eight months on and the Brazilian stood on the top step of the podium to celebrate his first single-seater title.

For the final round of the 2018 season, Collet took another three strong results in the Winfield-liveried Mygale F4 to ensure that he won the title with a large margin over his nearest opposition.

“If you look at the three podiums in Le Castellet you’ll notice that all of them were part of the 2018 Winfield event,” commented Anne-Charlotte Remy, General Manager of the Winfield Racing School. “Ugo De Wilde, Théo Pourchaire, Adam Eteki, Pierre- Louis Chovet and Théo Nouet were all there in February, and looking at the final standings, eight of the top-10 are Winfield graduates.”

In the end, Volant Winfield winner Collet was crowned French F4 champion, with 15- year-old Pourchaire – winner of the Winfield Trophy, which is given to the most promising young driver, ending the campaign as Junior champion.

“We feel the management and training that these youngsters benefited from at the Winfield Racing School has been very valuable for their early careers,” Anne- Charlotte Remy continued. “All drivers who impressed the judges have completely confirmed the potential we detected in them.”

Both Collet and Pourchaire were dominant this season, as the former took seven victories, seven pole positions and 13 podiums and the French driver scored more than 15 victories in the Junior class, as well as several overall podiums.

“We are extremely proud to have contributed to the growth of these talented drivers during the Winfield programme,” confirmed Frédéric Garcia, Winfield Group President. “It is also fantastic to see that all those who raced in the French F4 after

“Looking back on the season, we also must not forget the great job Stuart White did to win at Spa whilst flying the Winfield colours. He is comfortably leading the South African Formula Ford 1600 Championship, and if he’s to claim the title he will participate in the Road To Indy shootout in Phoenix, USA, this December. This confirms that the 2018 Volant Winfield was a total success.”

Most karting events are now over for the year, so the Winfield Racing School remains the best step towards driving in F4 next season, with programmes running throughout the winter.

“We wish all the drivers who participated in this year’s Winfield event the best of luck,”said Anne-Charlotte Remy. “Now, we are looking towards the future, welcoming and training the next champions through the 2019 Winfield Racing School.”

One who has already won the opportunity to run a Renault-engined Mygale F4 car at a one-day Paul Ricard test with Winfield is 16-year-old Clayton Ravenscroft, after finishing second in the senior class of the IAME Karting International Final at Le Mans.