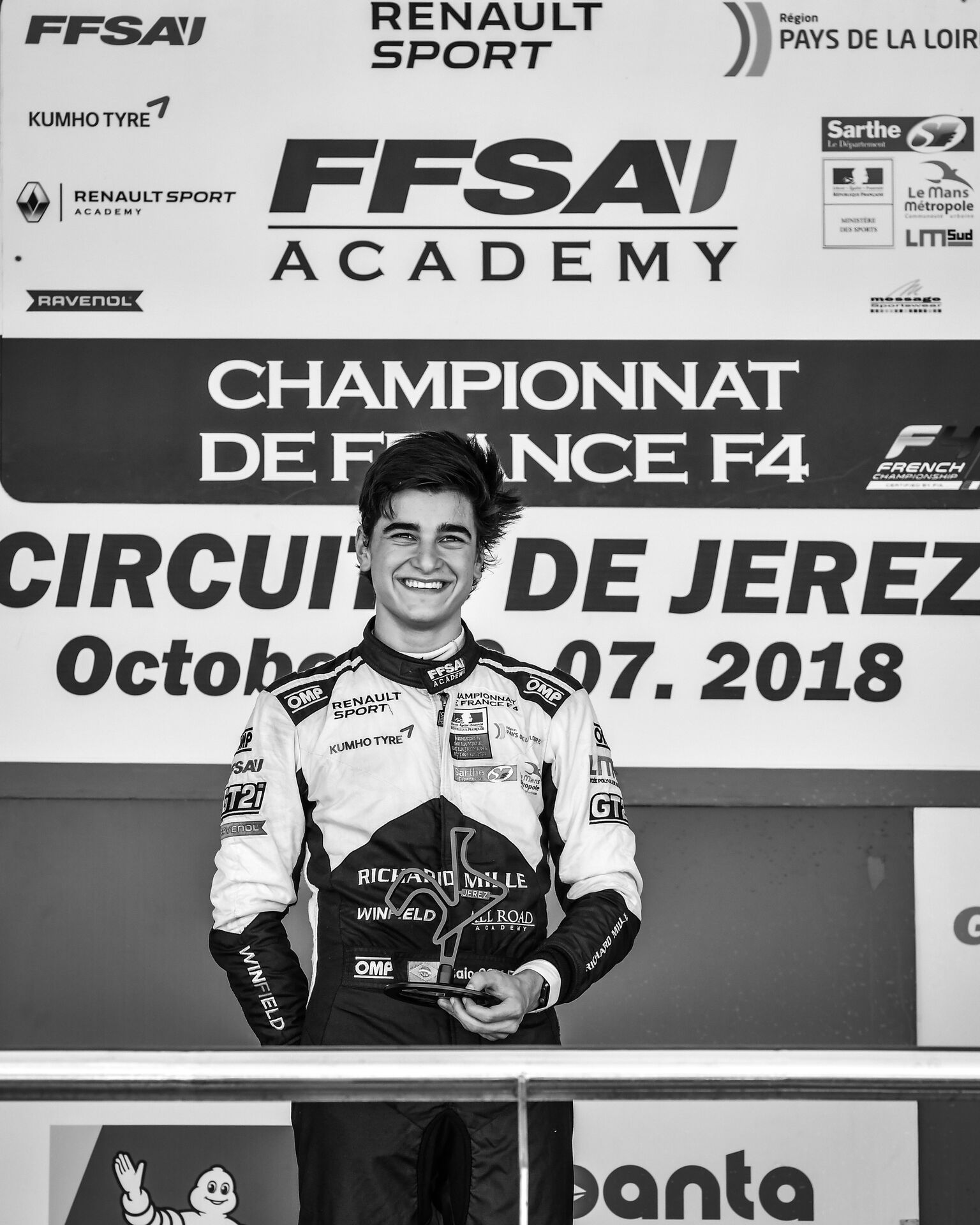 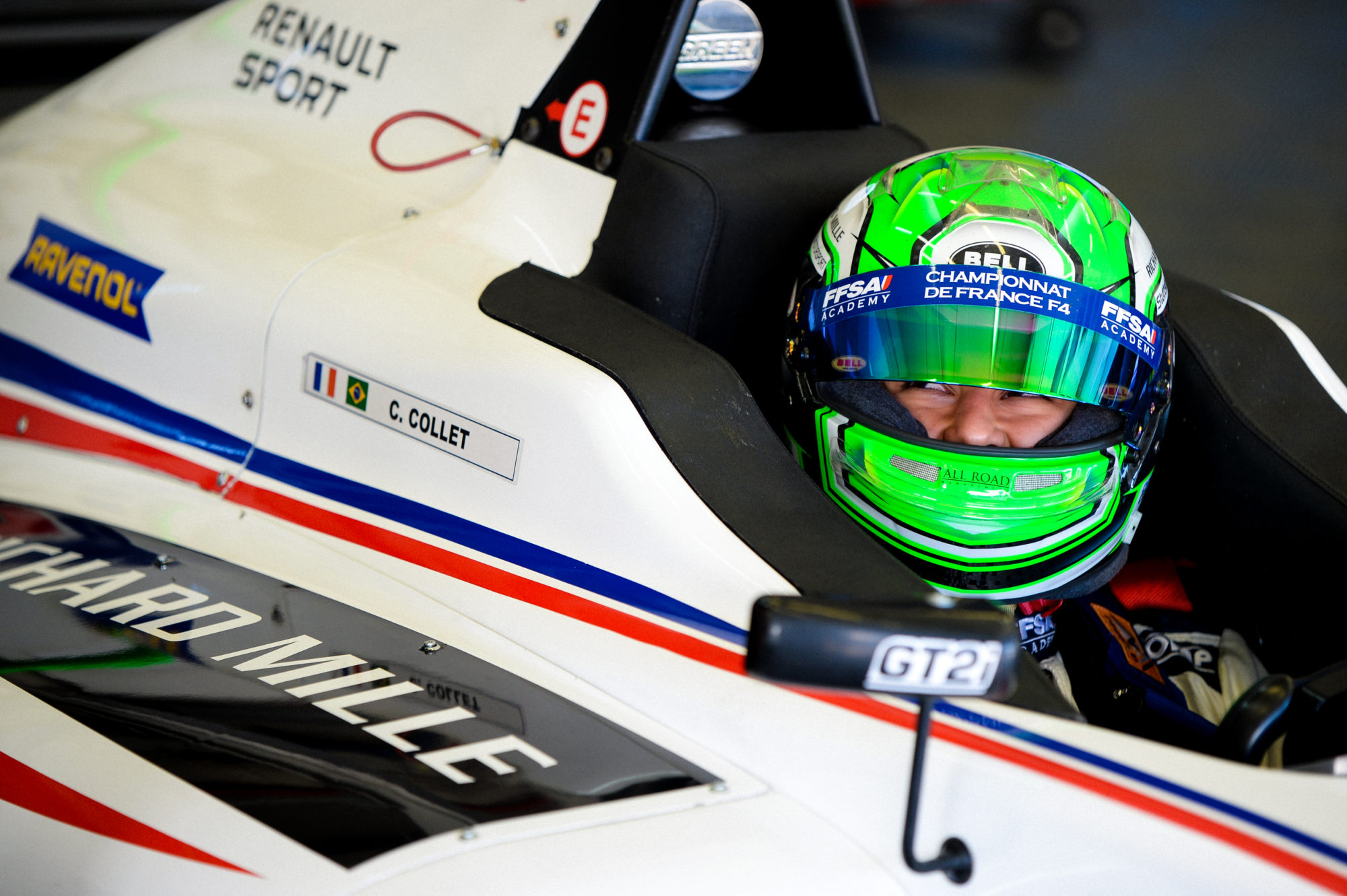 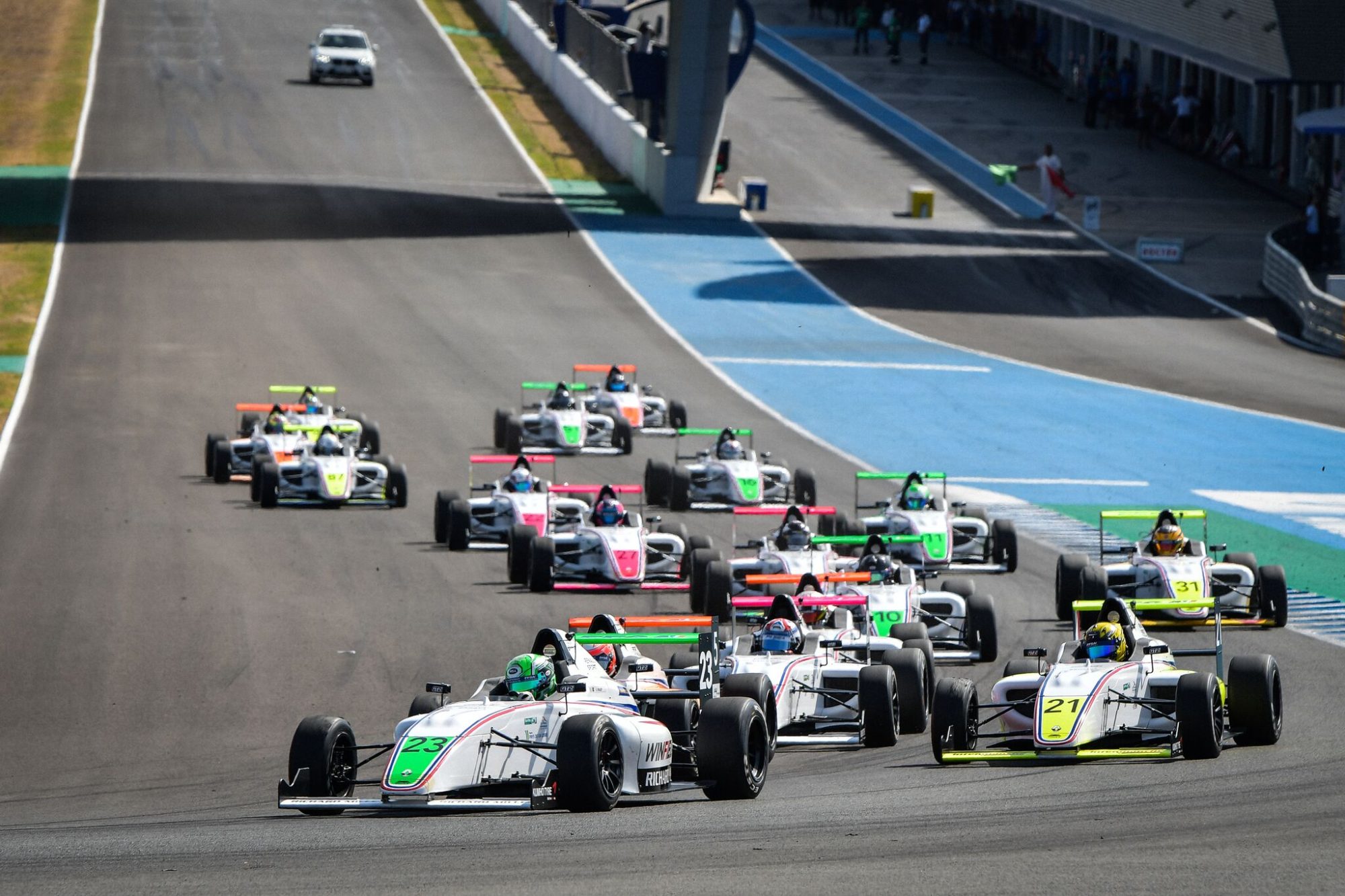 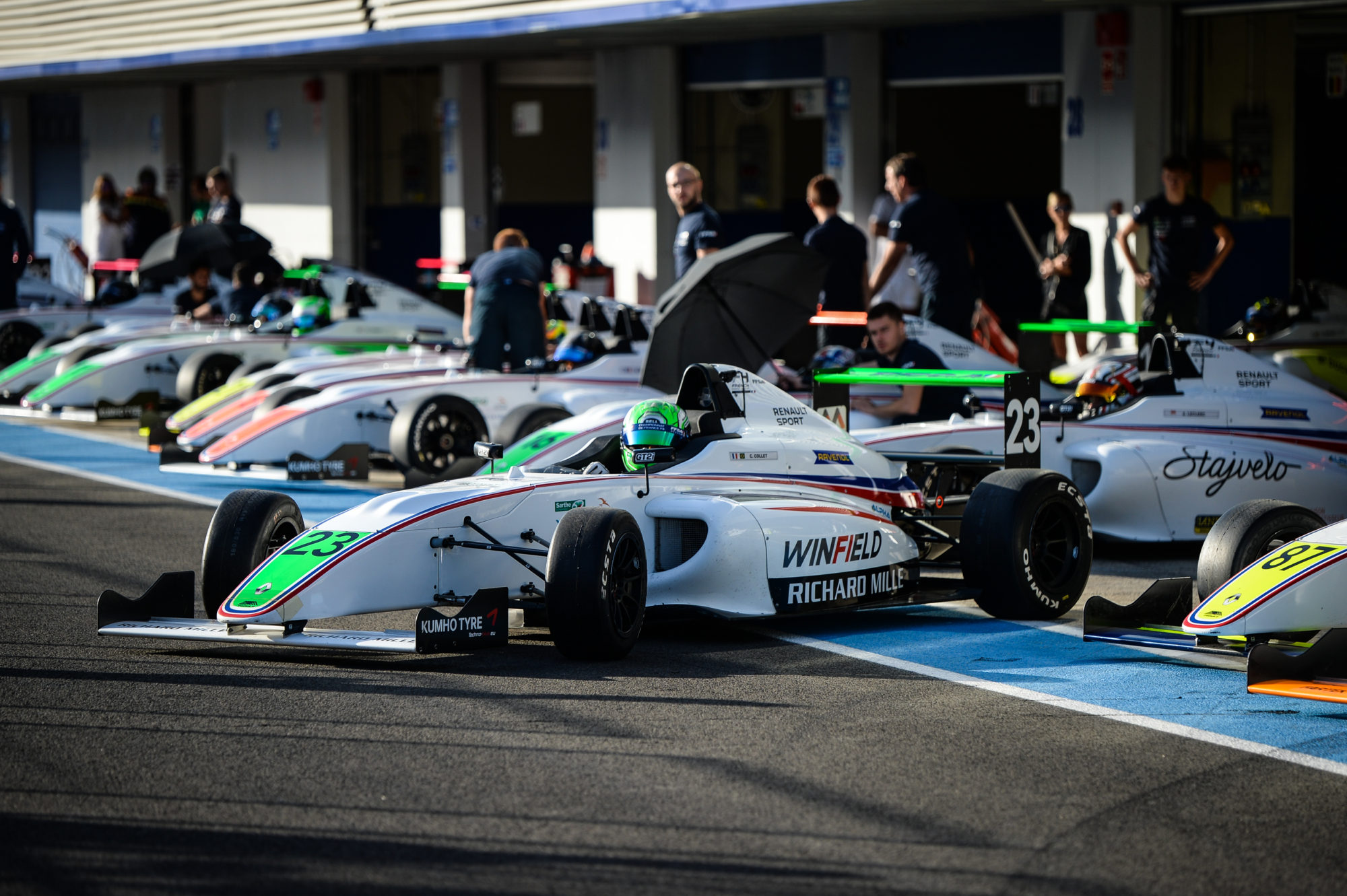 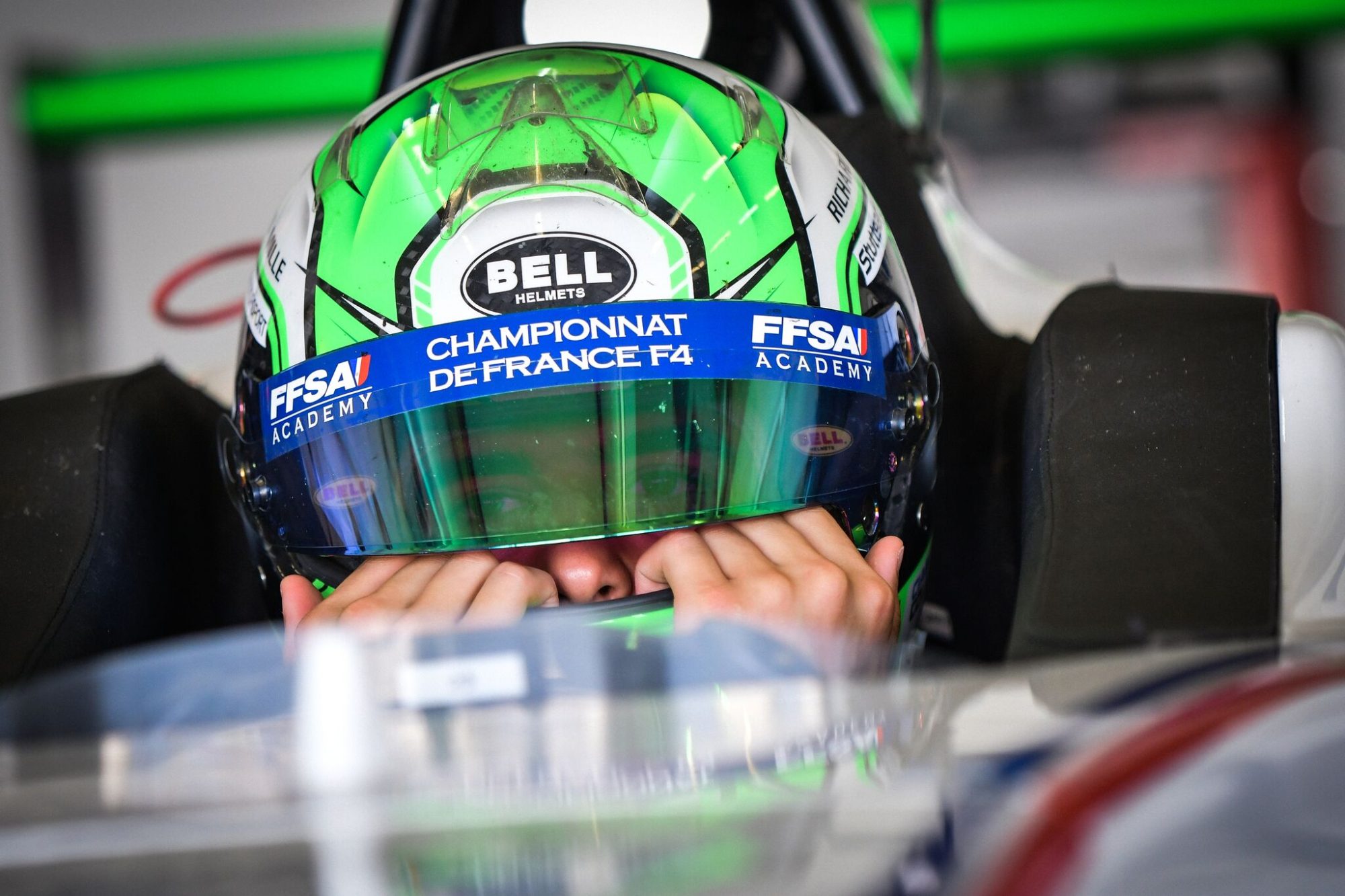 Just eight months on from the Volant Winfield finale, where his talents were recognised in front of the prestigious driving school’s judges, Caio Collet has now been crowned the 2018 FIA French F4 champion in Jerez.

“Caio confirmed all of the qualities that we saw in him,” commented Anne-Charlotte Remy, General Manager of Winfield Racing School. “It is an honour for us to see the Volant Winfield winner clinch the title in such a manner, much like many great past champions including Alain Prost, Jean Alesi, Damon Hill, Olivier Panis and Jacques Laffite. This assures us that we made the right choice when we relaunched the famous Winfield event.”

From the opening race in Nogaro, Caio was quickly on the pace, going on to score victories in Pau, Dijon, Magny-Cours and Jerez. The Brazilian was especially impressive during these last two rounds, where he truly dominated his opponents, achieving pole positions, fastest race laps and the all-important victories. He did this despite the fact that this year’s championship is more international and the most competitive seen in recent years according to experts around the paddock.

At the Spanish circuit of Jerez, Collet lapped around five-tenths faster than his closest rivals during most of the meeting. In races one and three, he pulled out an important gap after starting from pole position and took two commanding wins, having recorded the fastest lap in both events.

In race two, with a reversed grid for the top-10 finishers from the first, Caio climbed back to sixth place after starting 10th. Having recorded 270.5 points against 196 for his closest rival, Caio secured the FIA French F4 Championship title with one round to spare, which will take place at Circuit Paul Ricard, where the Winfield Racing School is based! The young Brazilian went full circle in 2018 and his motorsport career is looking very promising…