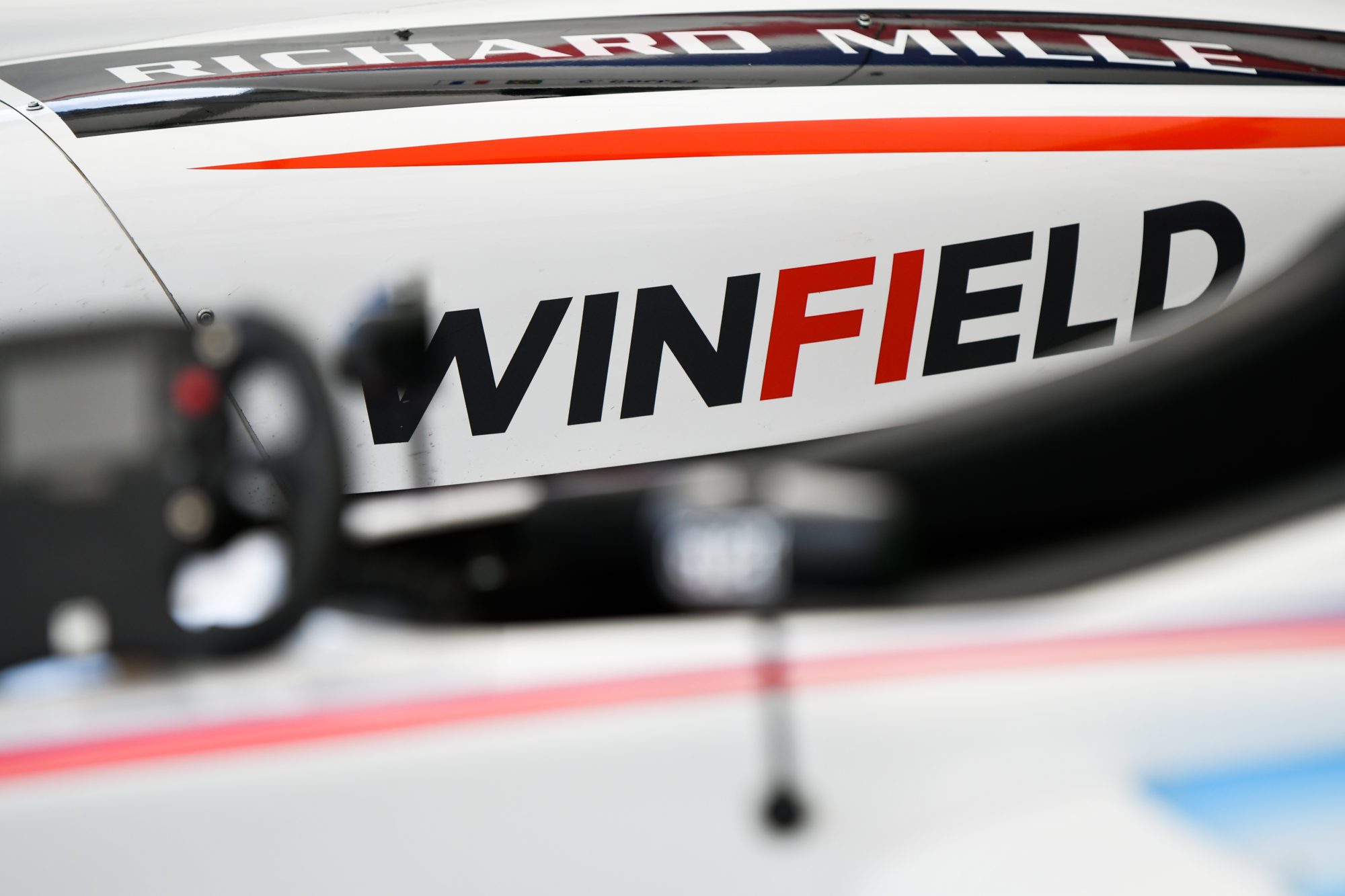 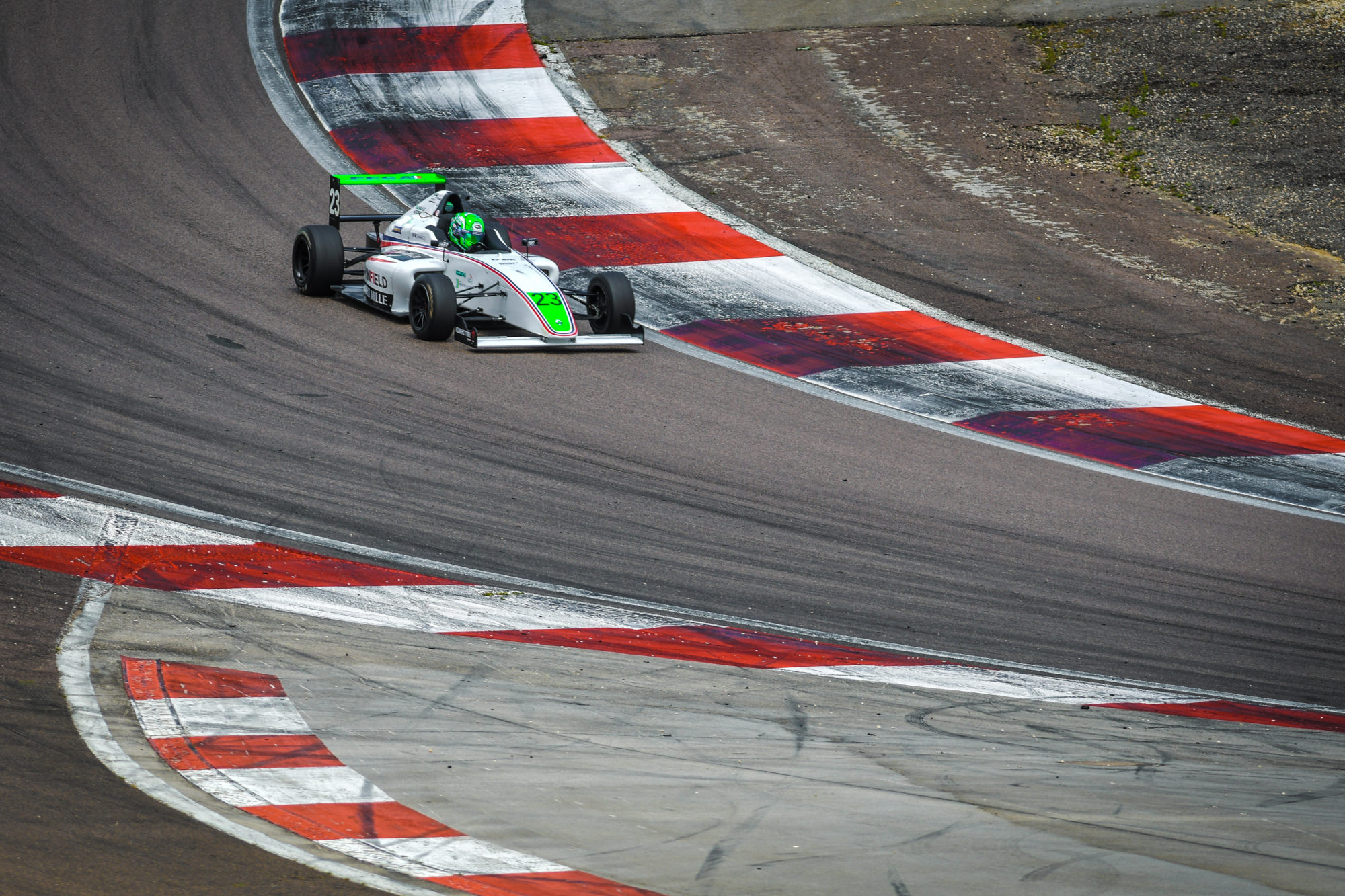 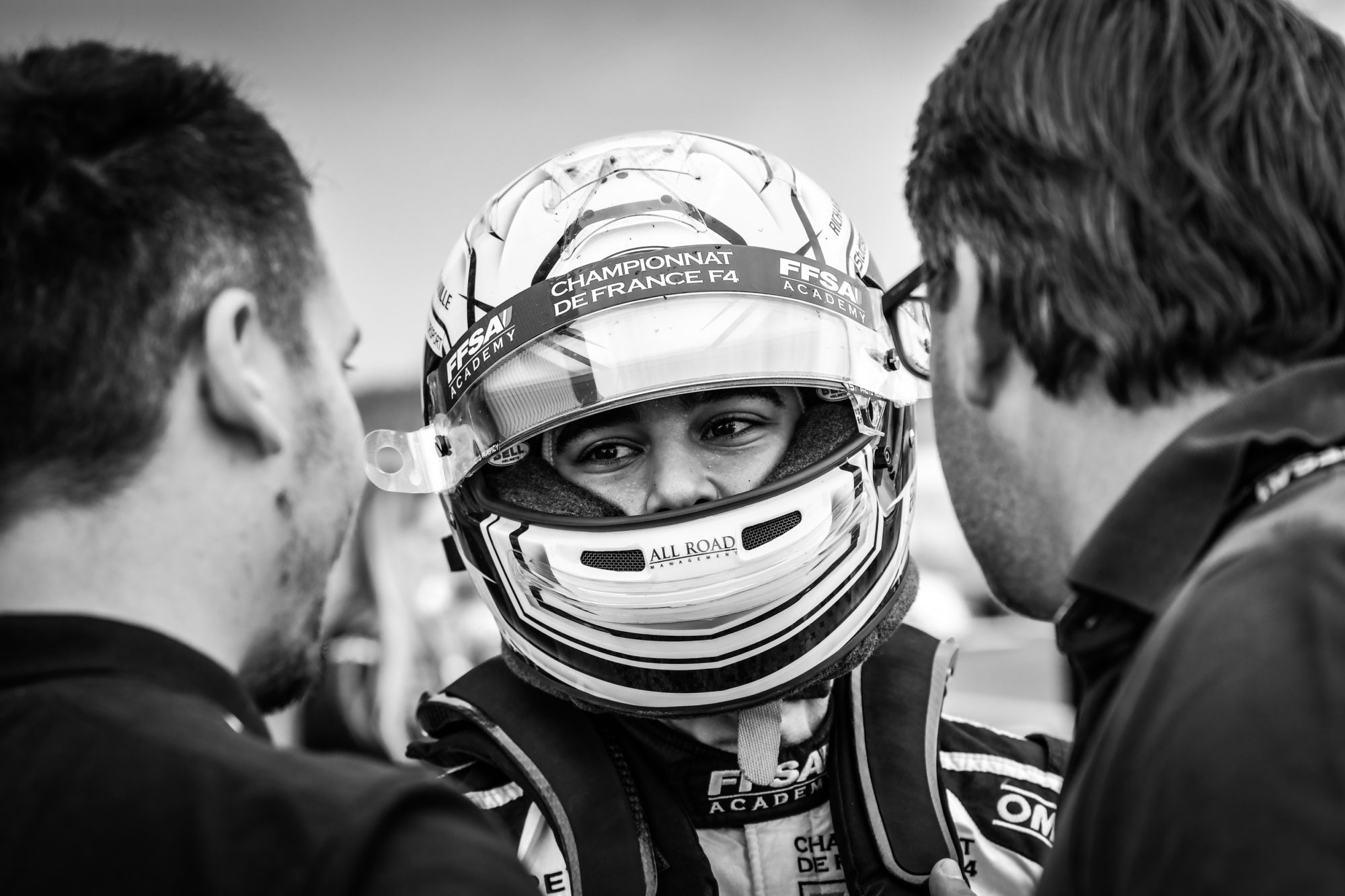 Last February, the Volant Winfield judges were not wrong in crowning Caio Collet as the 2018 winner. Since then, race-after-race the Brazilian has confirmed the high quality of training he received at the Winfield Racing School, the format of which is taking shape for next year.

At the Dijon-Prenois circuit, Collet added a new victory to his racing CV and increased the lead over his immediate championship challenger. The desire to win the FIA French F4 Championship is clearly shown by this young talented driver.

Collet’s weekend was not an easy one, having to settle for fourth in qualifying after it was interrupted by a red flag. “I only missed out on a front row start for race one by 0.03 seconds,” said Caio. “Then I immediately lost a position at the start, which I did not manage to get back despite setting the fastest lap.”

Flying the Winfield colours, the 16-year-old was fourth in race two after starting from sixth position, but in the final event he and the car had better pace and won after a great battle. “Changes we made on the chassis have been beneficial and I listen carefully to the recommendations of my advisers,” Caio explained.

In Dijon, the 2018 Volant Winfield winner collected the biggest points haul, allowing him to have a lead of more than 20 points in the championship, with three rounds remaining.

Regarding Stuart White, following his great display during the Volant finale, Winfield decided to help him during the first three 2018 French F4 events. “We got it right in supporting him as we took him to victory during his last race at Spa-Francorchamps, where he got the two fastest laps. He was always aggressive and achieving great overtaking manoeuvres,” said Frédéric Garcia, Winfield Group President. “Today, he is also involved in the South African Formula Ford Championship. His results persuaded us to join him, with Winfield‘s support team now involved in this new challenge. The objective is to clinch the title, which will allow him to enter the prestigious ‘Mazda Road to Indy’ $200,000 Scholarship Shootout programme in the United States.”