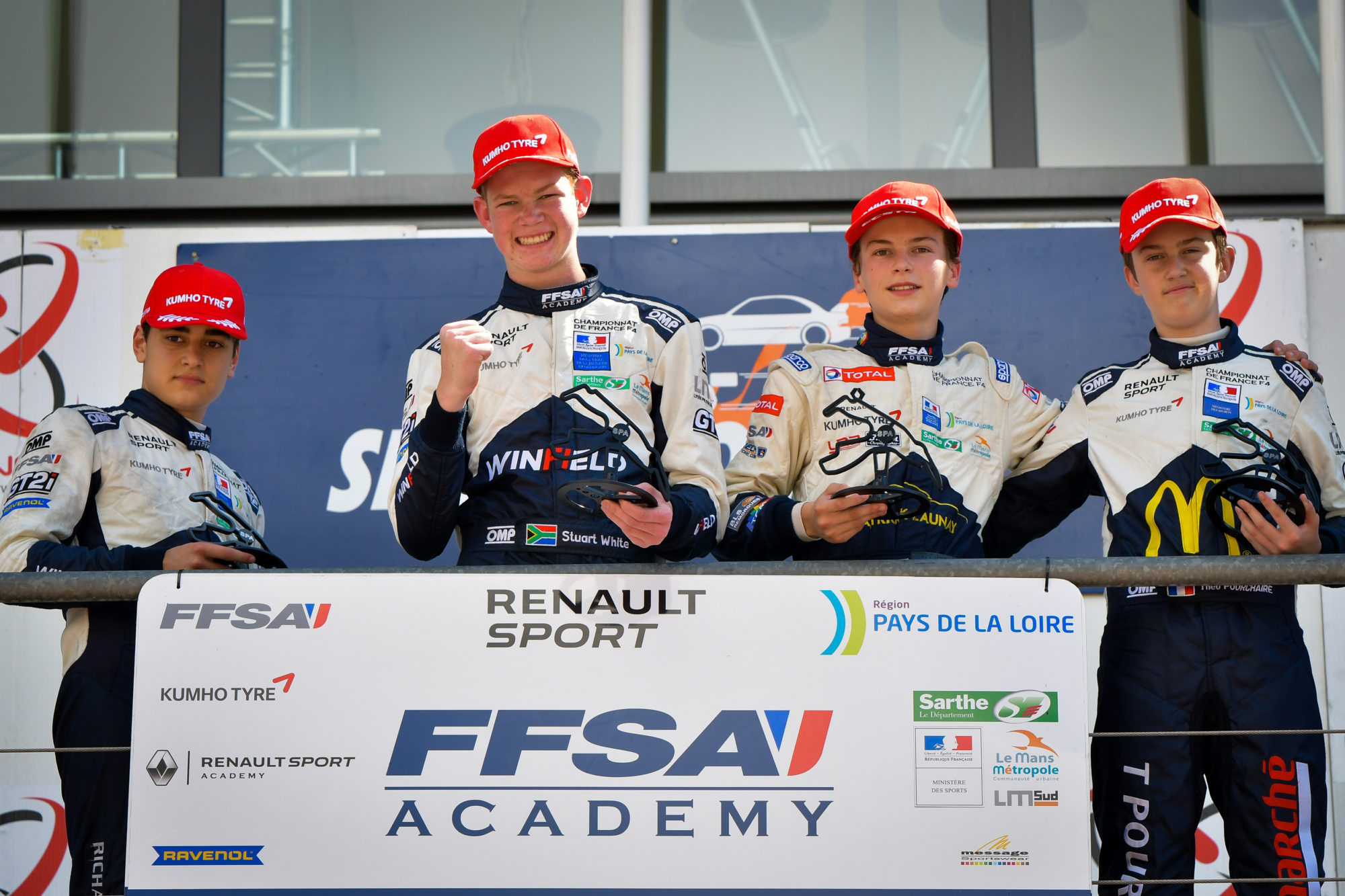 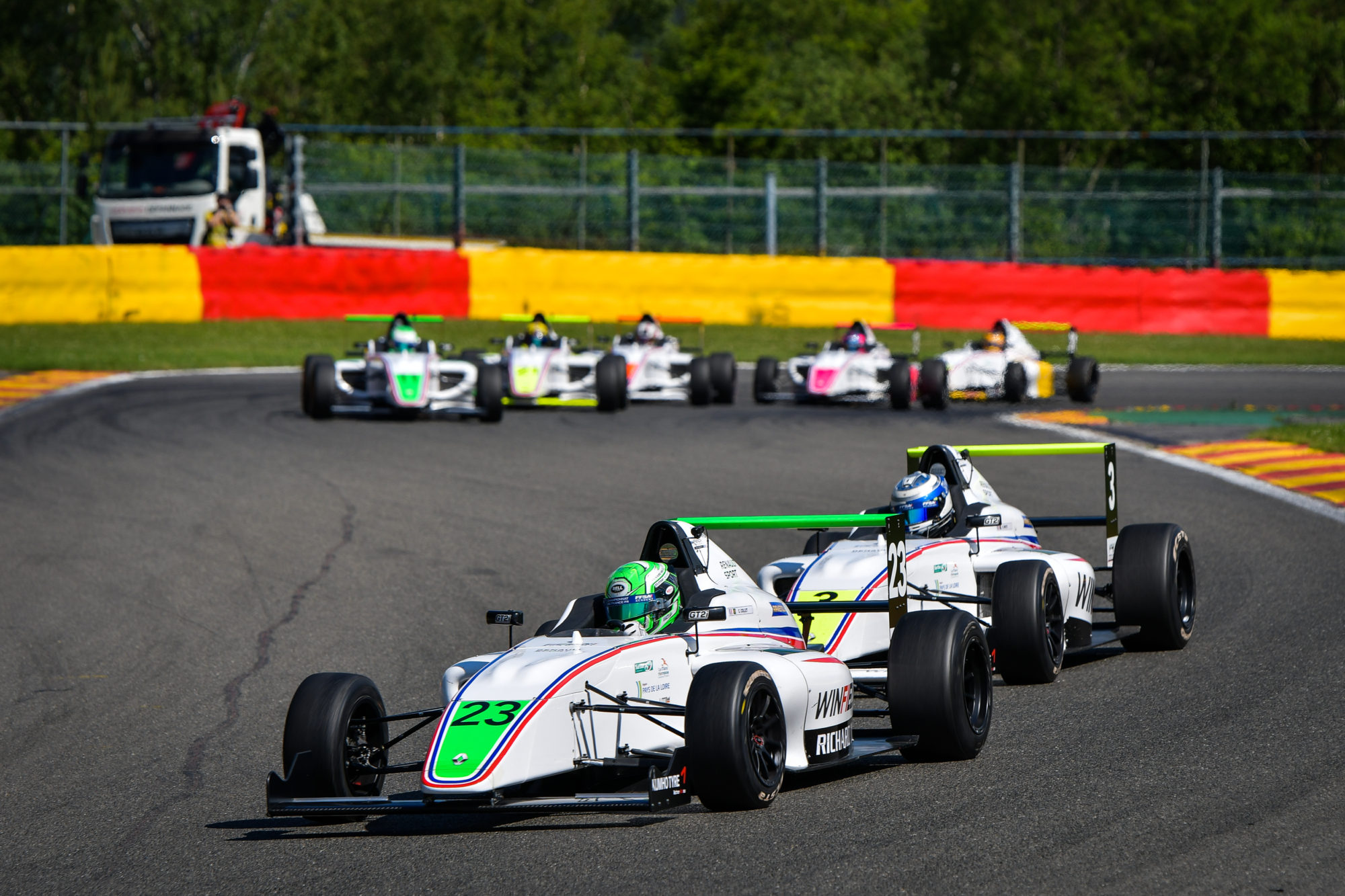 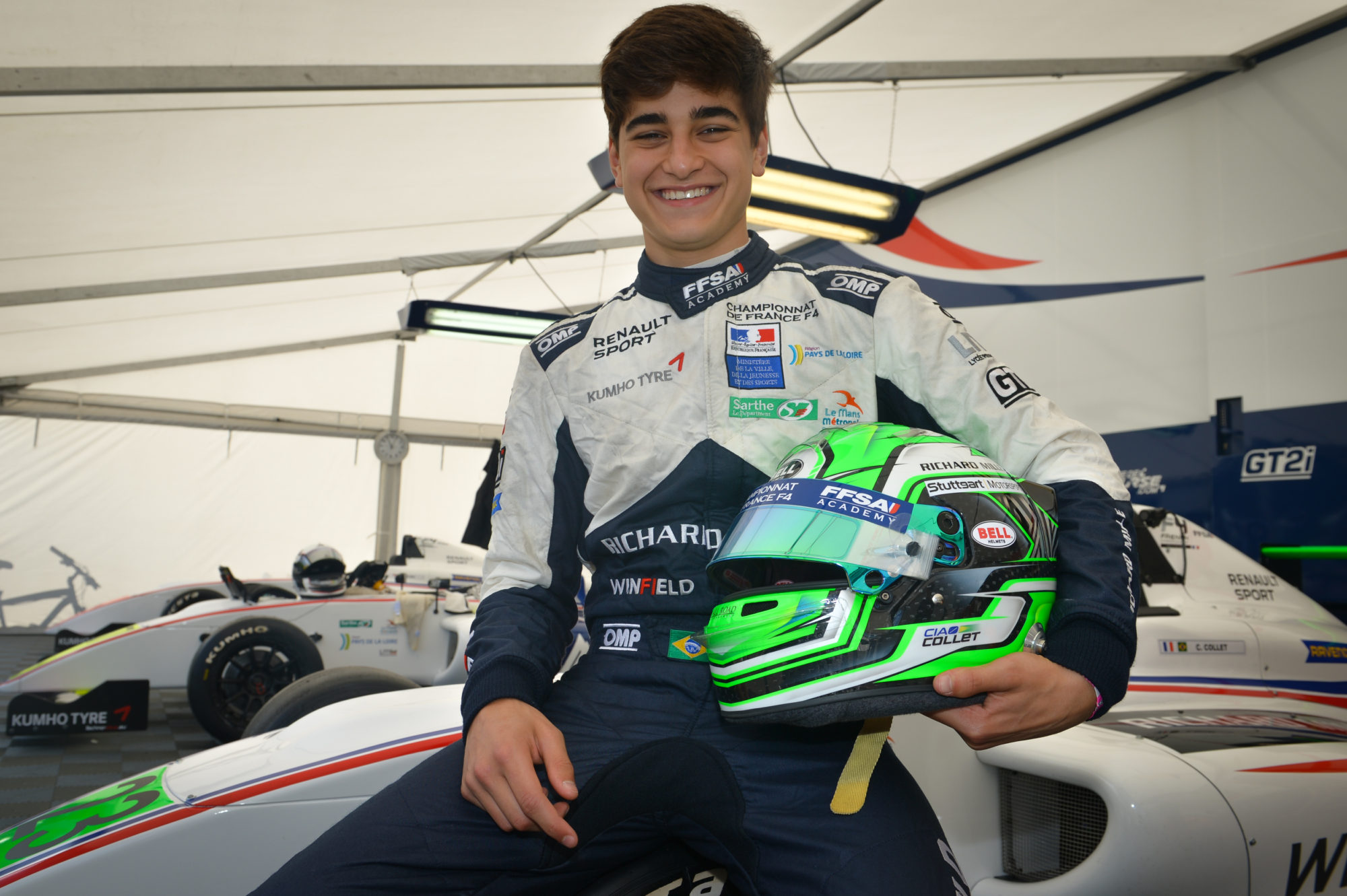 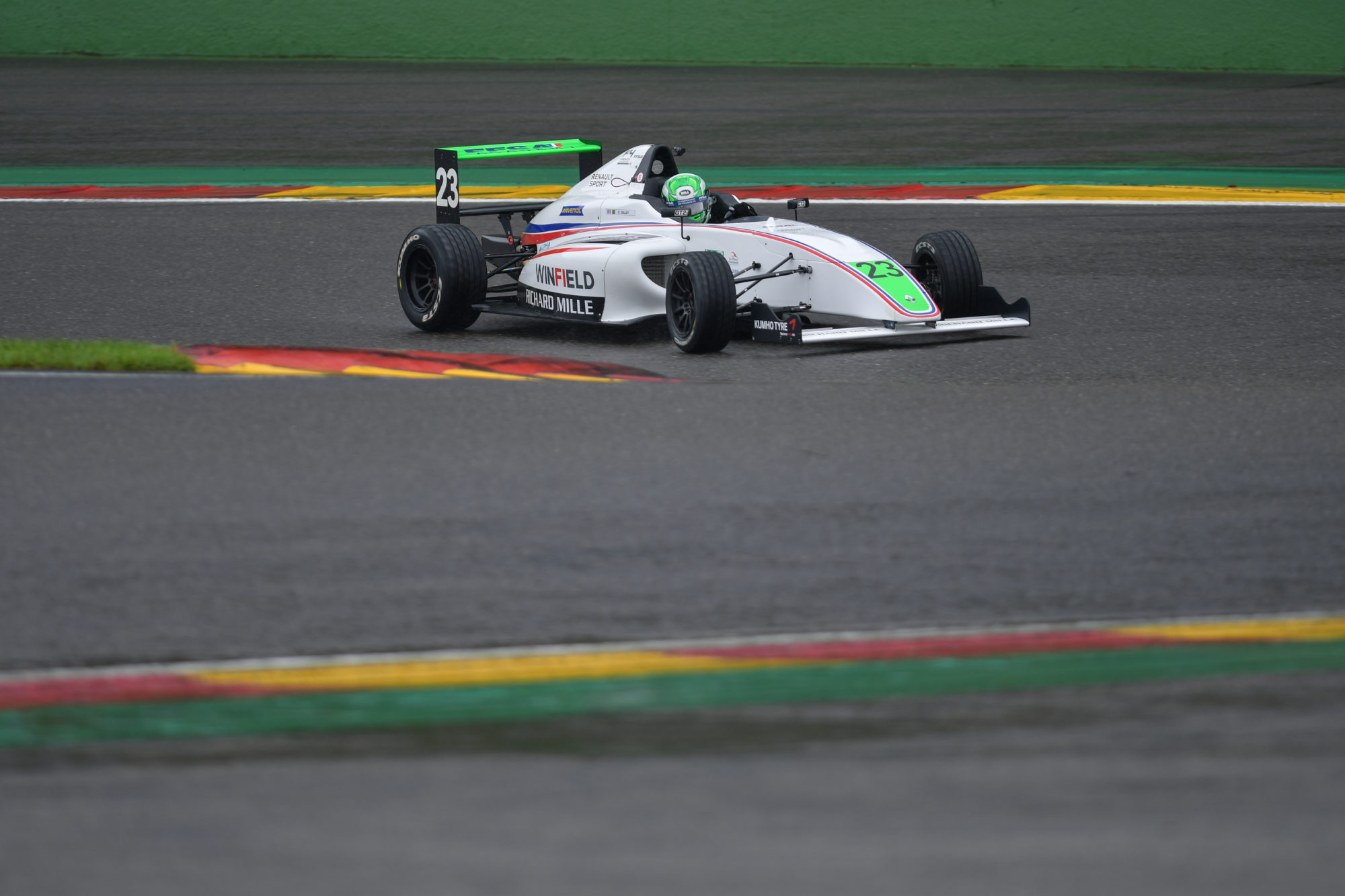 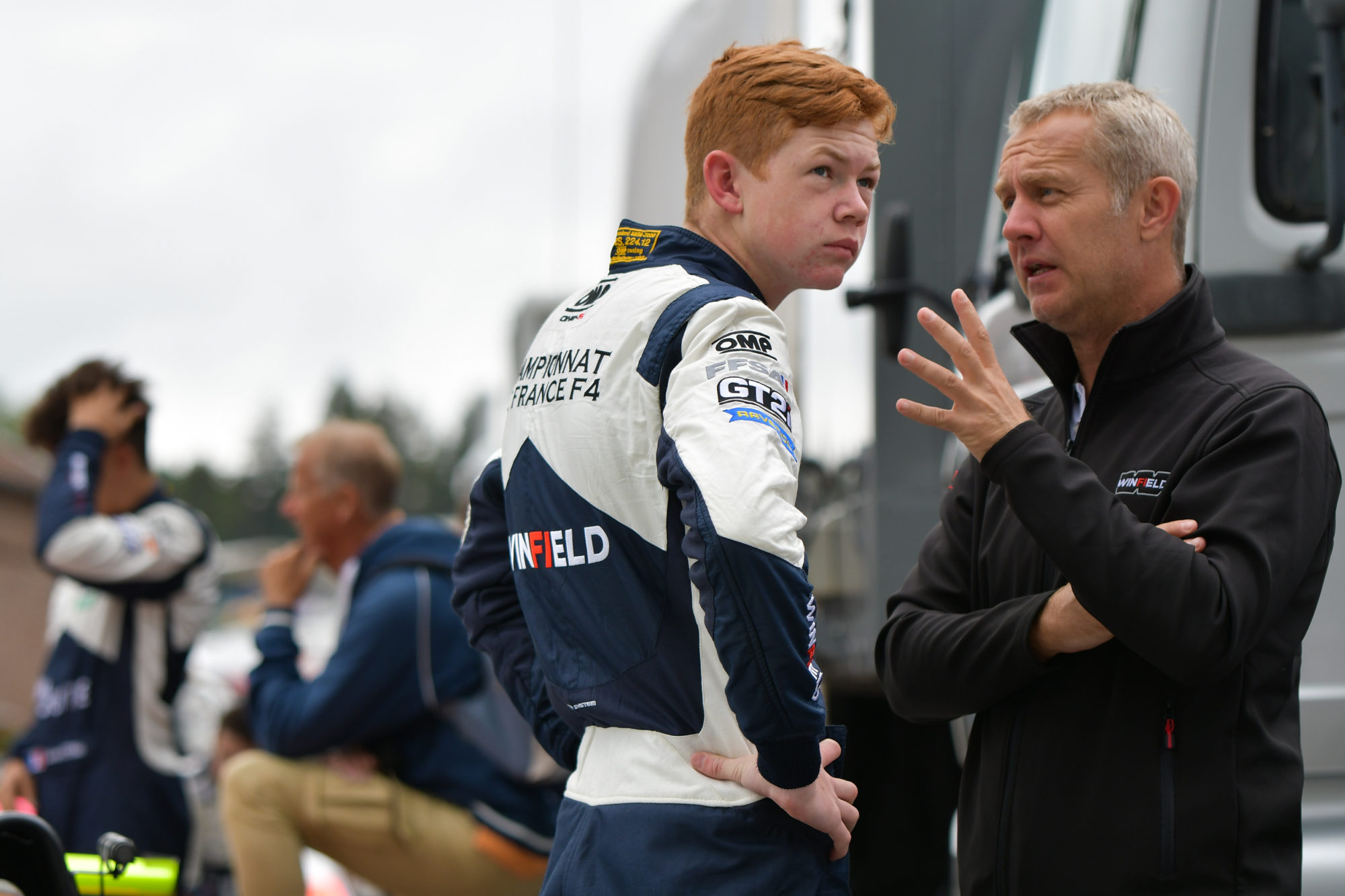 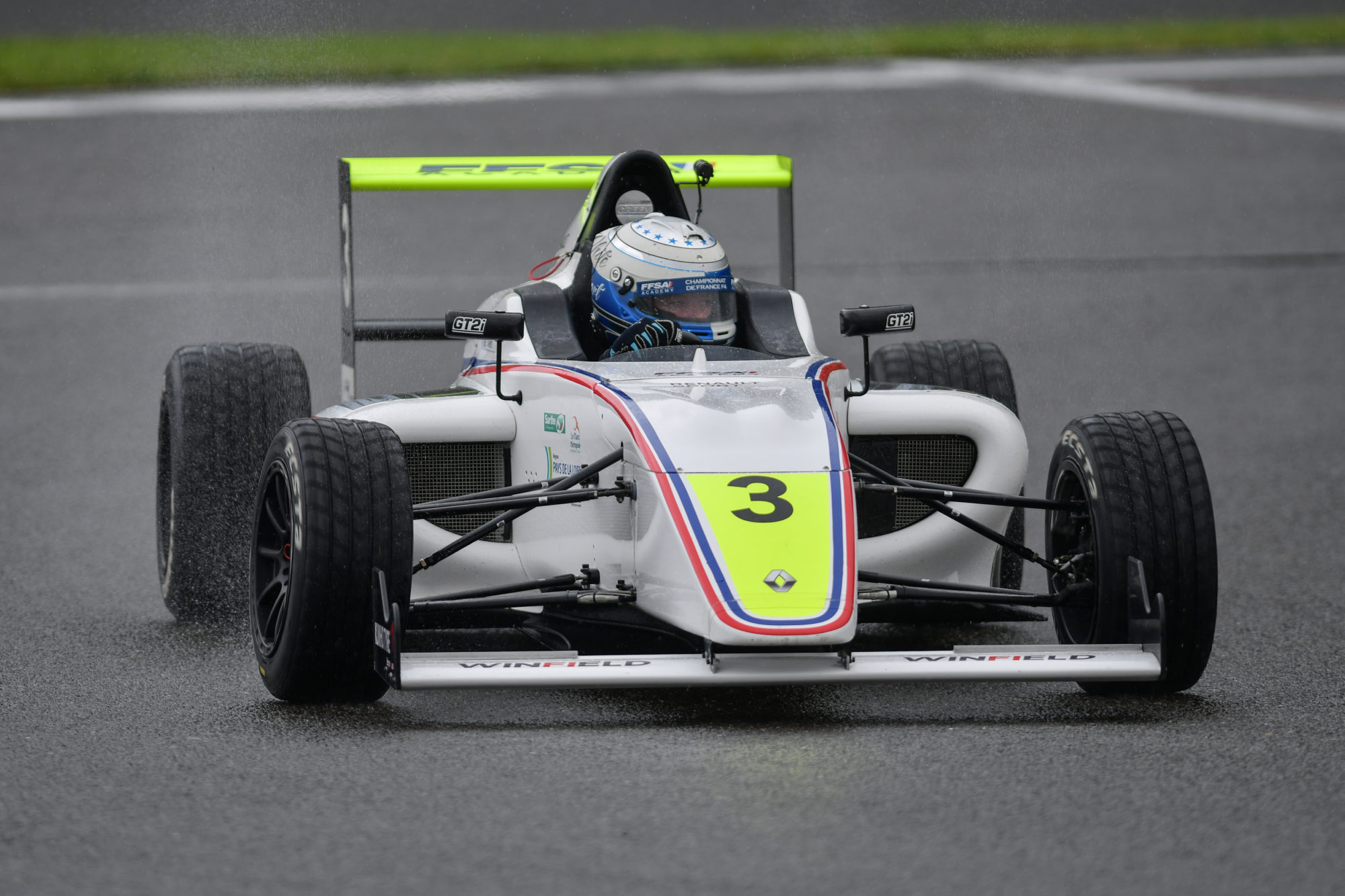 Winfield Racing School is delighted with the performance of its two drivers in the third round of the FFSA Academy French F4 Championship at the historic Spa-Francorchamps circuit, where they achieved a one-two finish.

Stuart White and Caio Collet demonstrated the skills gained from the high-quality training that was provided in the revived-for-2018 Volant Winfield programme.

In Belgium, White went from strength to strength, recovering well from a small incident at the start of race one to finish fourth. The South African set the fastest lap in the second race, before clinching a convincing victory in the third, after four superb overtaking manoeuvres and a new lap record!

Collet scored more crucial points, as he continues to lead the championship. After shining during the wet qualifying session on Friday, Collet was always among the quickest in dry conditions throughout the weekend.

The Brazilian was mightily impressive in the second race, where he climbed from 18th to fifth position, after an inspired attacking performance. He then went on to follow White home in second for the final race of the weekend.

“Stuart White, was the star performer of the meeting on the difficult Spa-Francorchamps circuit. His two best race laps and drive prove his talent and shows he deserves the trust that Winfield put in him. I also note that Sunday’s podium was made up of three Volant Winfield finalists, as well as the best Junior in 2018: White, Collet, Pierre-Louis Chovet and Théo Pourchaire, which is another mark of recognition for our school.”