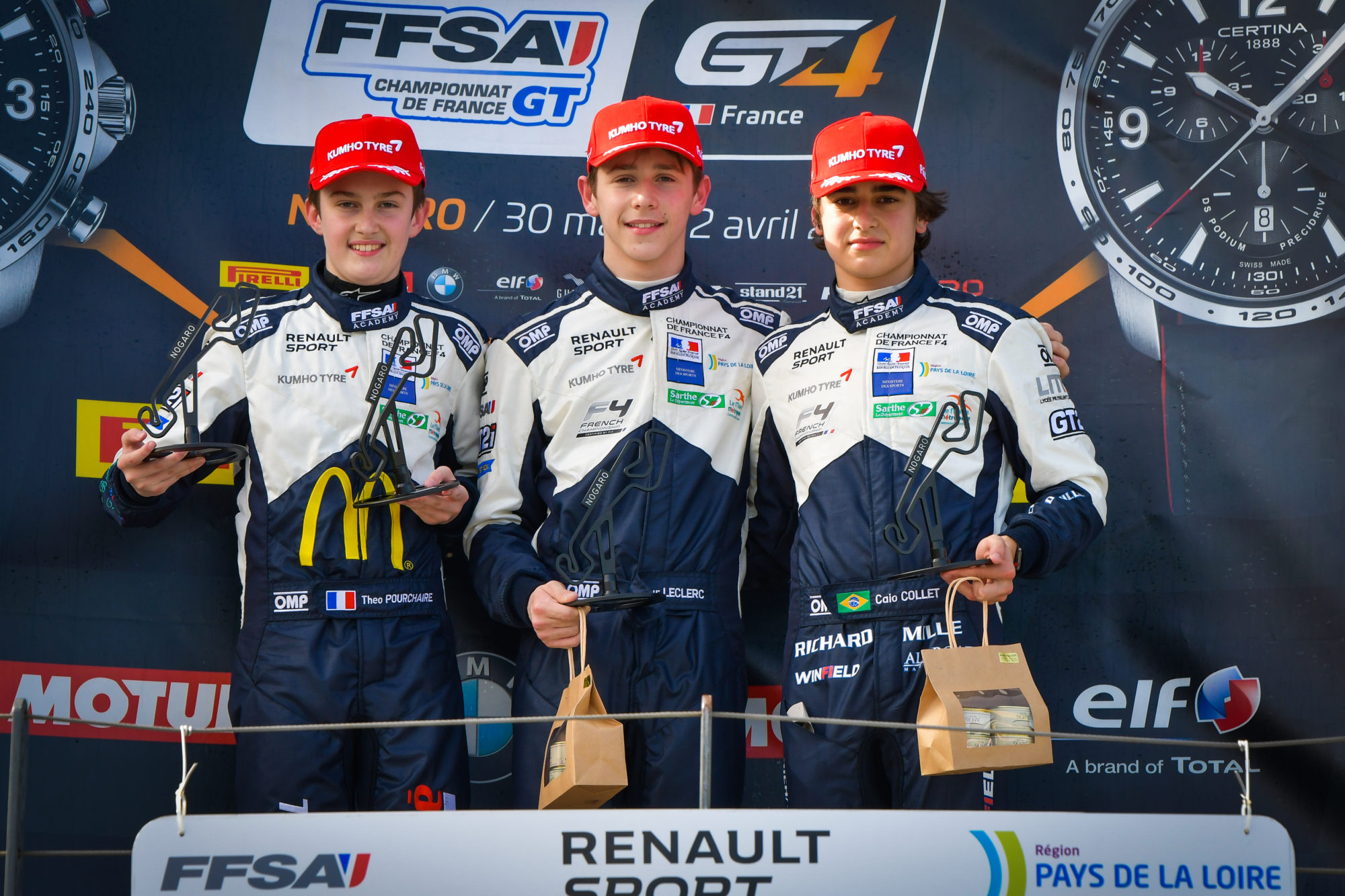 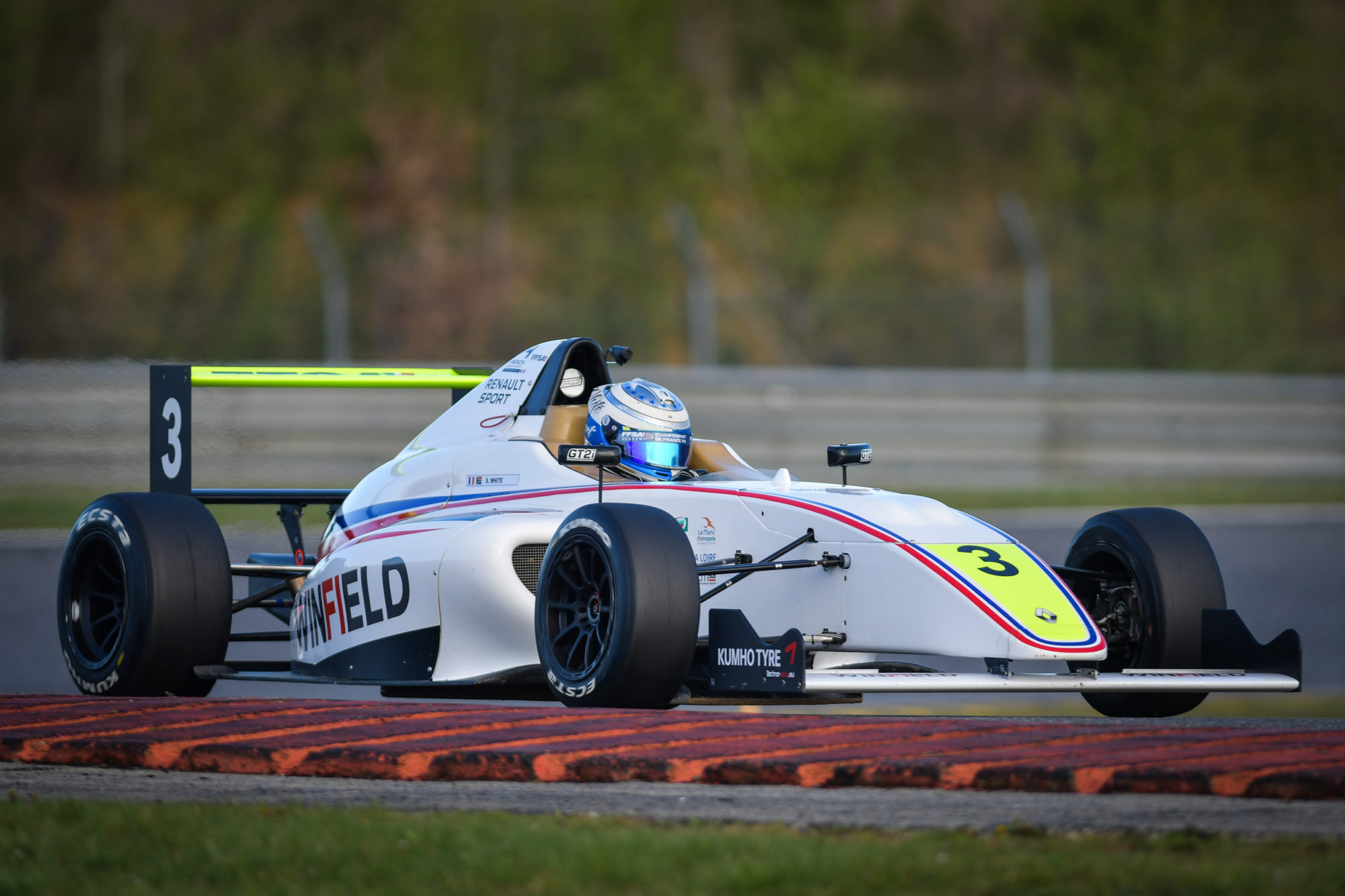 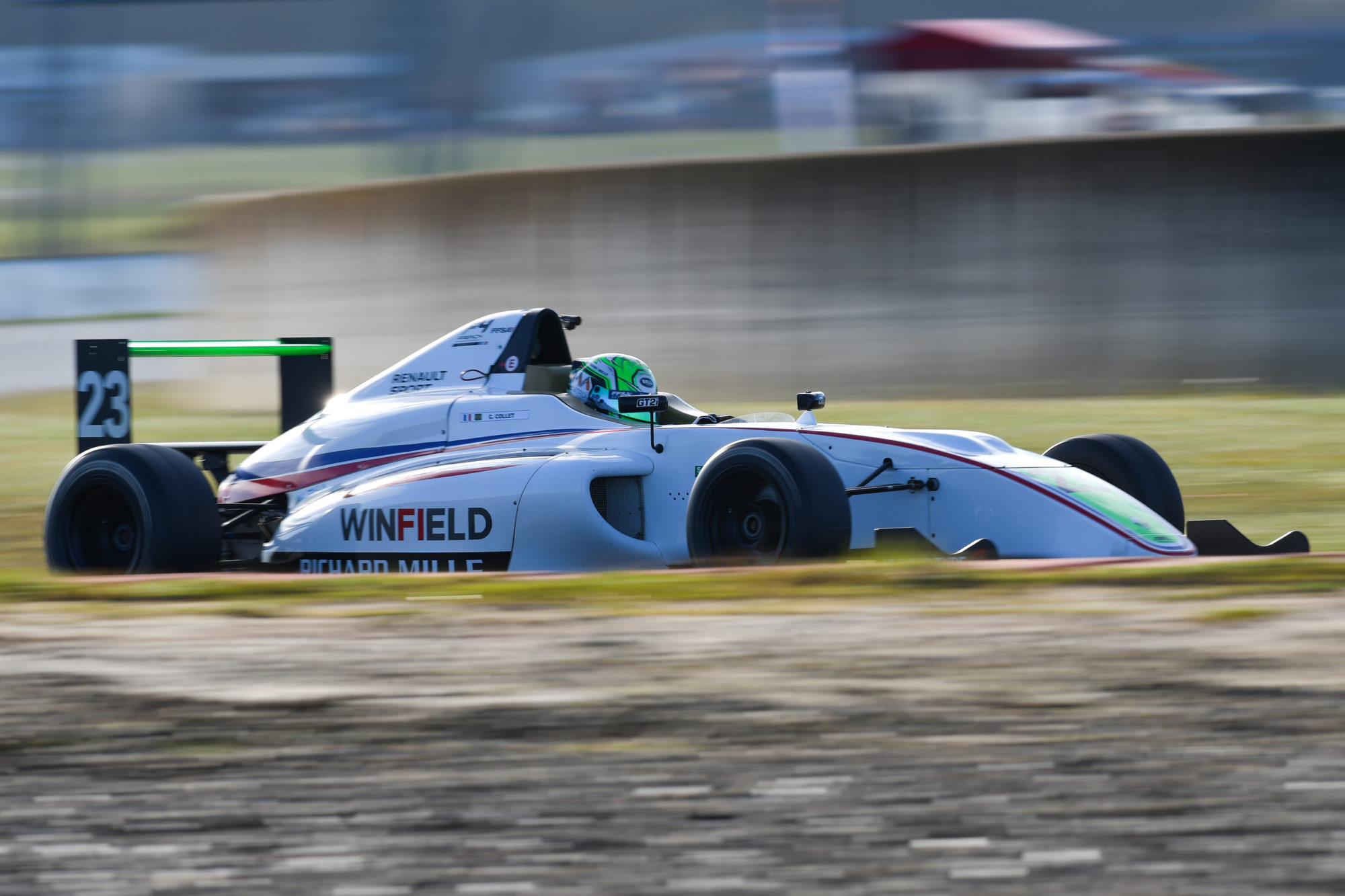 Winner of the 2018 Volant Winfield, Caio Collet, made a successful and promising start to the French F4 Championship, with the Brazilian twice climbing the podium during the opening round at Nogaro. During the famous “Easter Cup”, another driver flying the Winfield colours, South African Stuart White, proved fast and competitive, but unlucky.

In the South West of France, Collet proved himself as the deserved winner of the Volant Winfield, already establishing himself as a serious challenger for the 2018 title. In each race, he showed determination and fighting spirit by systematically gaining positions. After a great attacking performance, Collet moved up from his starting position of fifth, to third by the end of the first race. In the second event, and starting in eighth place due to the reversed grid, Collet fought through for another podium finish. As for the final race, Collet lost time behind another driver in the early stages, but was able to pass him, and close up on the top three, just missing out on another podium in fourth.

“I finished very close to the leader in all three races, also setting the fastest lap in race three, as well as the second fastest time twice,” said the young Brazilian. “My aim for the next round is to qualify better, in order to challenge for victories.”

On the other side, Stuart White was extremely unlucky: “Qualifying was difficult, as unlike other drivers, it was the first time I had driven the new Mygale F4 FIA fitted with wet tyres. Despite this, I moved from 12th to eighth in race one, before a driver made a mistake causing me to lose three places. Then, in race two, I was forced to retire following a technical problem.” Stuart’s efforts were finally rewarded in the final event, as he produced a great comeback from 11th to seventh place, making some impressive overtaking manoeuvres.