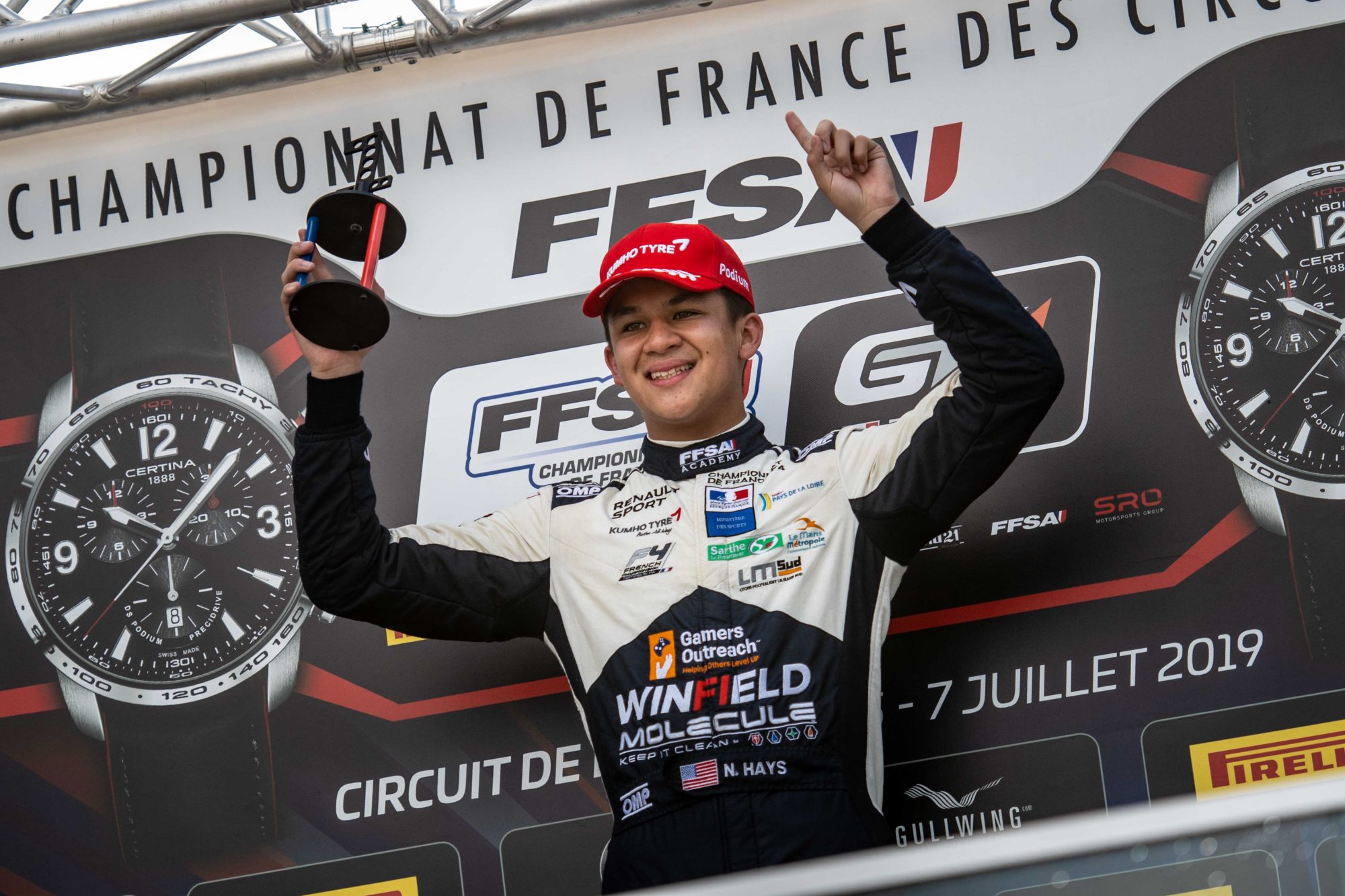 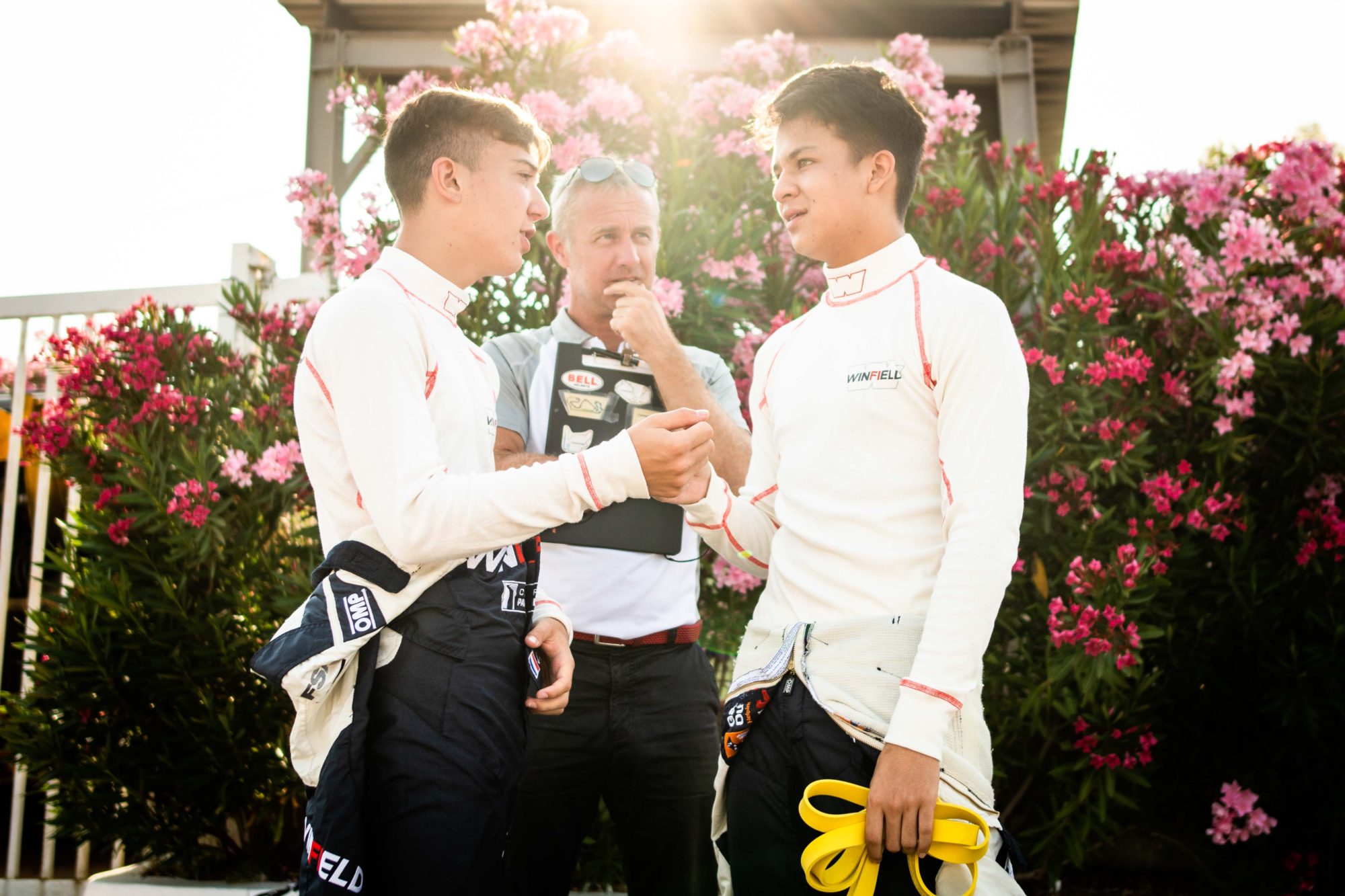 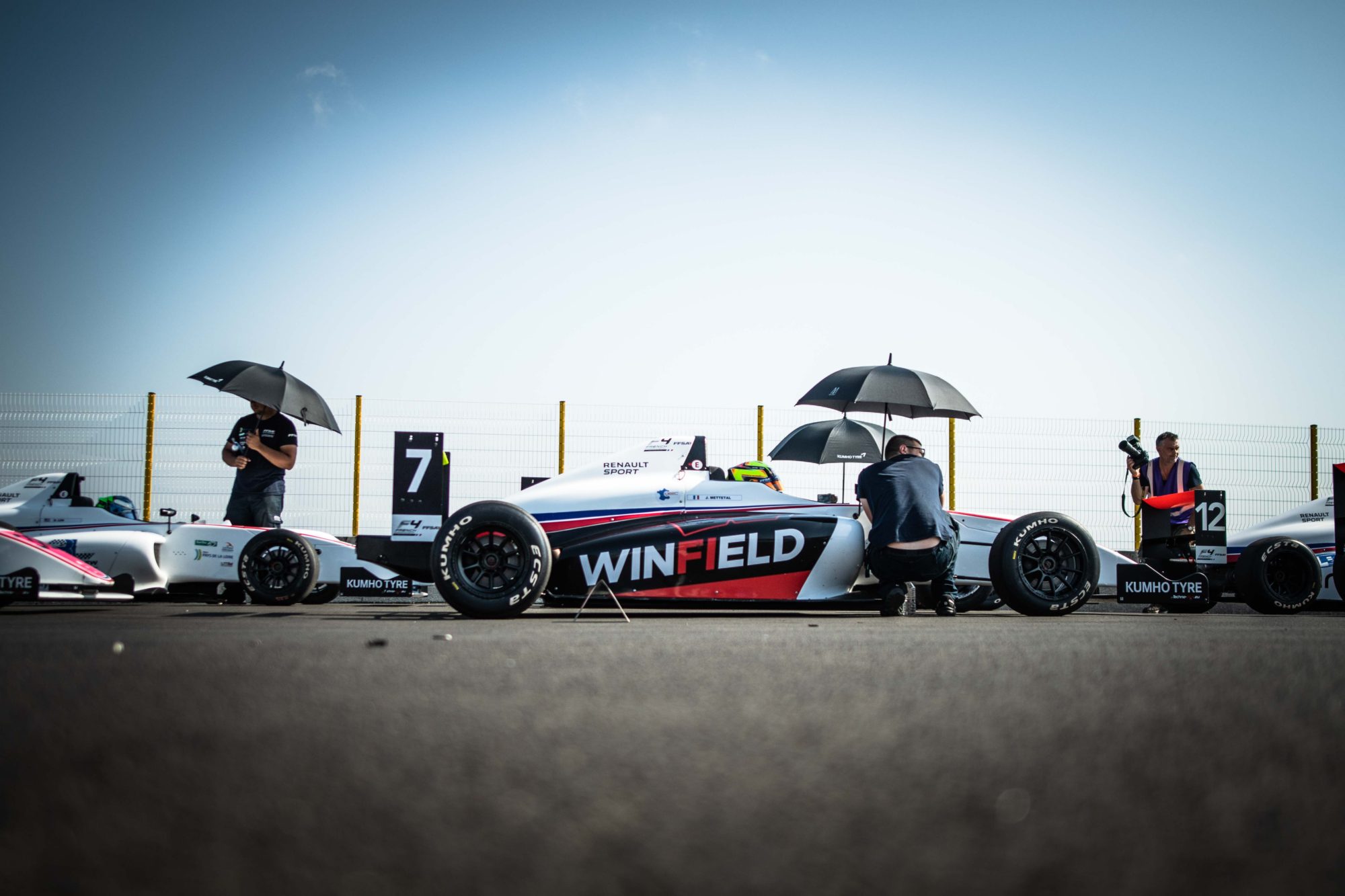 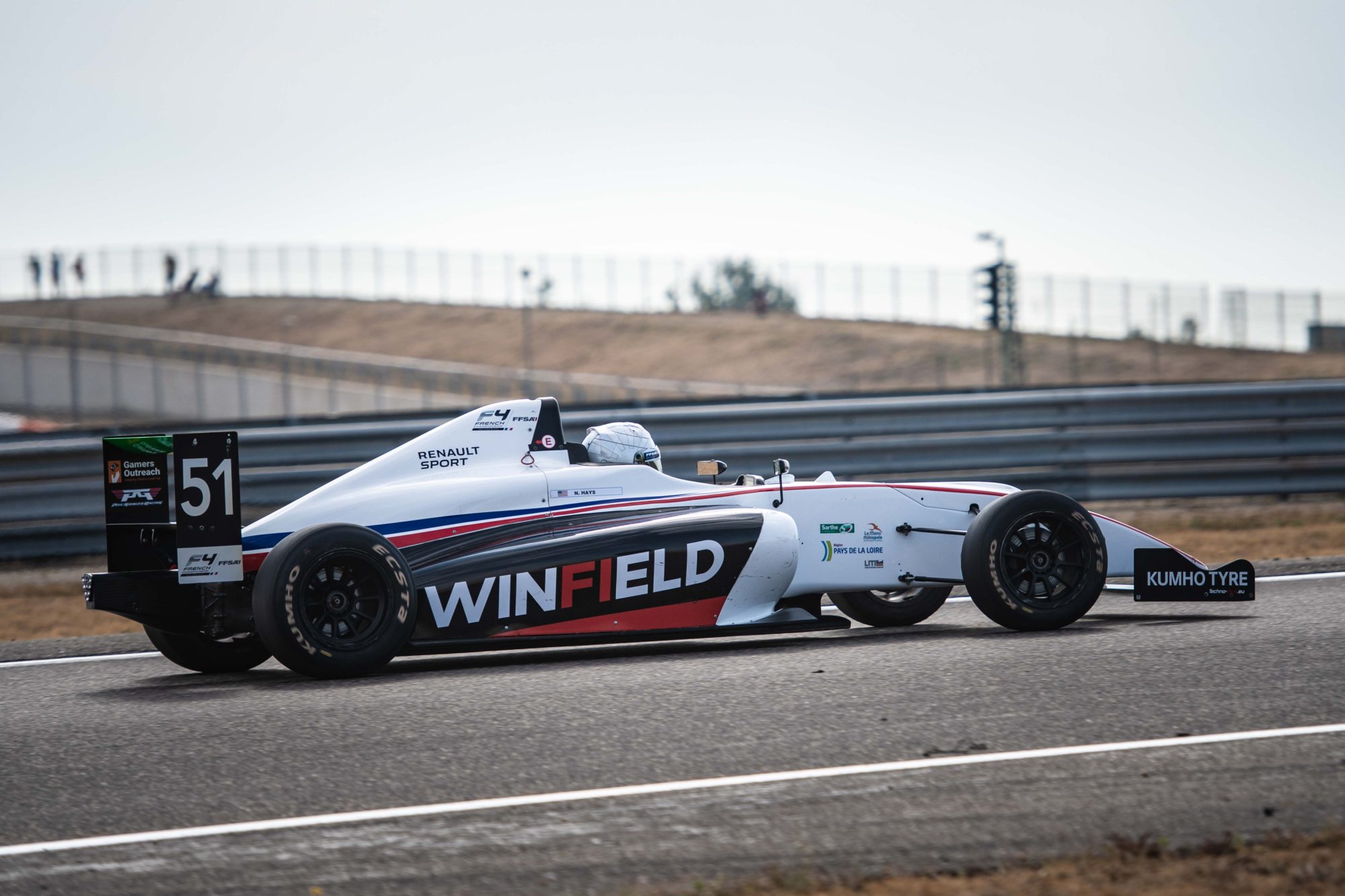 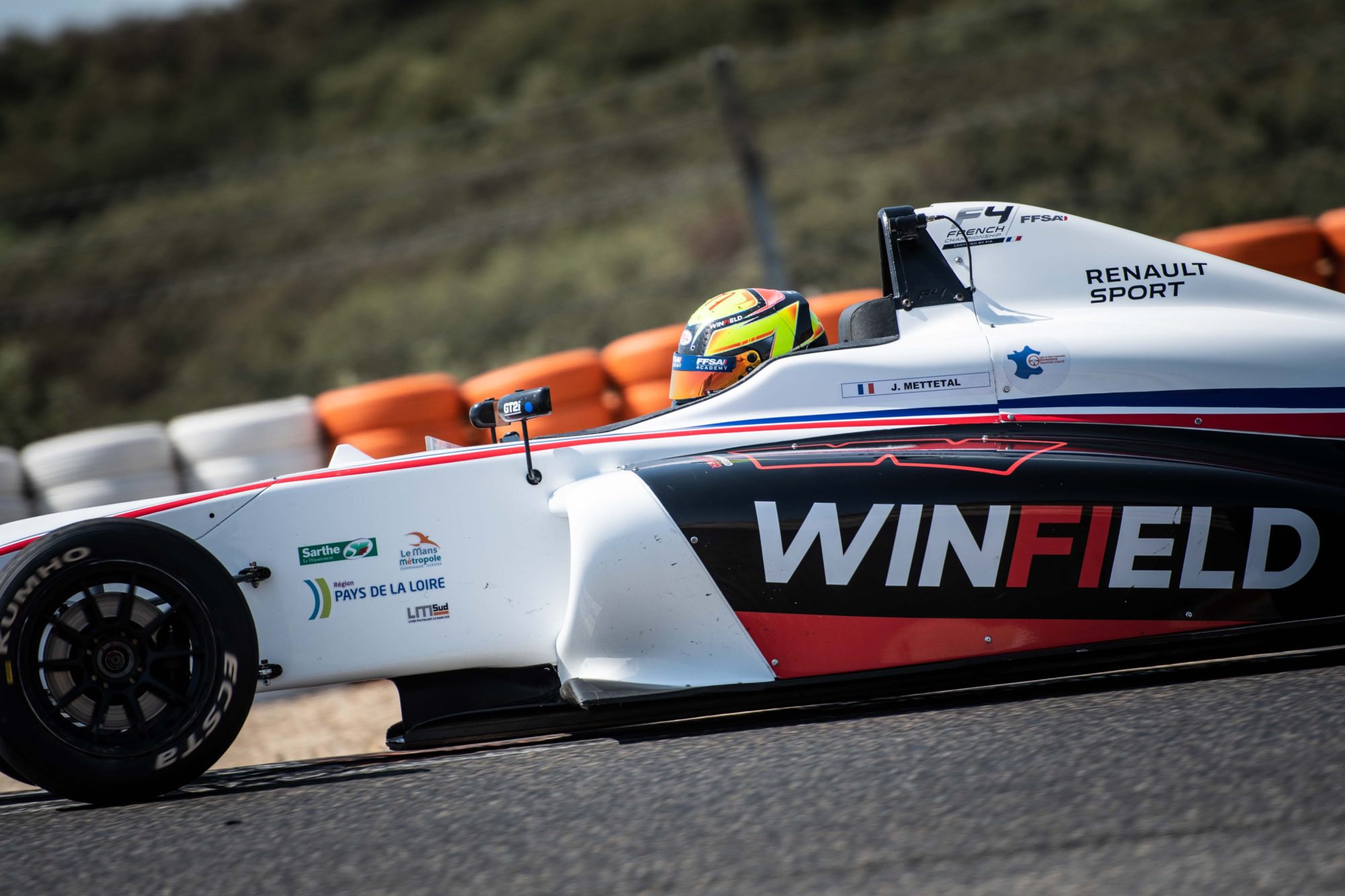 2019 Volant Winfield finalist Nicky Hays was a class act during the Lédenon round of the FIA French F4 Championship, as the young American claimed a commanding victory and an additional podium to launch him up the points order.

“Nicky has impressed us with his ability to manage races and his superb overtaking manoeuvres, which are aggressive but also clean,” commented Anne-Charlotte Remy, General Manager of the Winfield Racing School. “His starts were crucial, gaining positions in each race. Out of all the drivers in this entire meeting, Nicky was the most competitive and highly combative on a difficult circuit.”

Rising from fifth on the grid in race three, Nicky proved to be the quickest on track by setting the fastest lap on his way to building a 15-second winning margin at the chequered flag.

“I was able to climb to the podium from fifth in race one and I gained a position in the semi- reversed grid race,” Nicky said. “But the third one was even better. My start was perfect and I tried several moves on the opening lap, during which I got up to second. I was already in the lead on lap two and could then create a gap.

“I really wanted to show my level of performance this season and would like to thank all those who have been supporting me, especially the Winfield Racing School. I’m now third in the championship and I want to continue this momentum to fight for the title at the end of the year.”

The other Winfield drivers also showcased their ability. 2019 Volant winner Jules Mettetal set leading pace in race three, but his weekend was undone by a difficult qualifying and an incident with another competitor in race one. Although quick, Jules knows that to become a regular podium contender he must improve his racecraft.

Trophée Winfield winner Isack Hadjar had another impressive meeting to increase his lead in the junior category, as the 14-year-old claimed two wins. The highlight of his weekend came in race three, where he went from seventh to second overall. His strong points haul has put him close to the top three battle in the overall standings.

“Three more rounds remain and I hope that the Winfield drivers will have a strong end to the season. How the championship will end is more uncertain than ever, but we remain confident in the capabilities of Jules, Nicky and Isack to offer us further success in 2019,” Anne-Charlotte Remy concluded.